If you are making a film or video, should you choose a production service filming company? The answer to that question depends on the purpose of your video.

Production in general is an unforgiving field that easily exposes amateurs and budget-minded producers. There is no substitute for high-end equipment, technical expertise and the experience of a professional director. You might be very creative, but lack the necessary tools to generate a film or video that properly showcases that creativity. If you’re trying to use this medium to build or promote your business, then a poorly done video or film will most likely have the opposite effect. 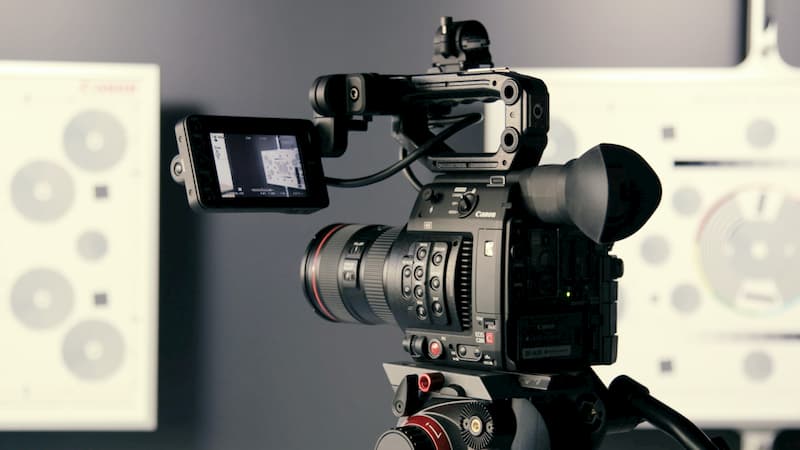 Making a film or commercial takes more than just a camera, but you can’t always tell that from watching the end product. During the filming process, you’ll need a variety of production lights, props and support stands to rig the production set itself. These items are not usually available at the local hardware store. Professional production service companies have access to high-end production equipment. This equipment is expensive and requires technical expertise to properly operate. Depending on the subject matter, you might not need sweeping jib angles, prop weapons and green screen backdrops. With a little creativity, you might still be able to produce a quality video without all the bells and whistles. Simply, it’s a give and take situation. Even if you think you won’t require the use of high-end equipment, you should still trust a professional production service filming company to make that decision for you. The overall quality of your end product is sure to reflect the level of production value that went into the making of your video or film.

The technical process of film making and video production is constantly changing and evolving. As new technologies arise, production companies strive to educate themselves on the industry’s latest innovations. If your business doesn’t directly deal with production, then you’re probably way behind the curve. Sure, you can shoot a small video on your tablet or smart phone device, but will that video align with industry standard norms in today’s market? Production companies are more familiar with technical issues such as aspect ratio, video encoding and data storage. If you decide to edit your own commercial or promotional video it needs to fit the screen properly. That precise fit is called the aspect ratio and changing your aspect ratio can affect the quality of your material. For example, if your film or video is set to widescreen, then it will not translate well to smaller video players and certain video screen sizes. Also, videos have to be encoded properly before they can be broadcast to your audience. These encoding patterns differ from country to country.

Most businesses lack the technical expertise and editing equipment to properly encode their own videos. Most editing software packages have some encoding options, but without the proper knowledge of video encoding, you could make a permanent and costly error. Lastly, high definition video requires a great deal of hard drive space to edit and store. Even a few minutes of high definition video can take anywhere from five to twenty-five gigabytes of storage space, dominating your computer’s storage capabilities. Most businesses don’t have that much data storage space on hand. Professional production service filming companies are well aware of these technical issues and are prepared to meet them head on.

Sometimes, businesses can save a ton of cash by performing certain services in-house. With a little bit of research, the right camera and a fast computer, you can produce a video on your own. It all depends on the overall message of your video and which audiences you intend to reach. With smart phones, tablets and cheap HD camcorders, video production has become much easier for novice filmmakers. However, you can waste money if you’re trying to bite off more than you can chew. You might be able to film a two hour movie on your handheld camcorder for a few hundred pounds, but you won’t be able to edit that material without buying the proper software. You will also spend more money than you should on data storage. Video files are quite large and even a thirty gigabyte hard drive might not have enough space. Your cheap in-house video will require a powerful computer, expensive software and several external hard drives just to make a final copy. You might also lack the expertise to produce the video and need to spend more money educating yourself on production editing. Doing a video or commercial yourself could cost more in the long run than hiring a professional production service filming company from the start.

The bottom line is that if you produce your own material, then your end product might look unprofessional. If you are making a film or video to train your staff, then you might want to consider producing the video yourself. If you are using this medium to attract more business or make a statement about your company, then doing it in-house is probably not a good idea. Your film or video might not match your competitor’s material, especially if you decide to just do it yourself.

If the end product looks rushed or cheap, then it might actually divert business away from your company. So, when you need a video or film done right, always choose a professional production service filming company.