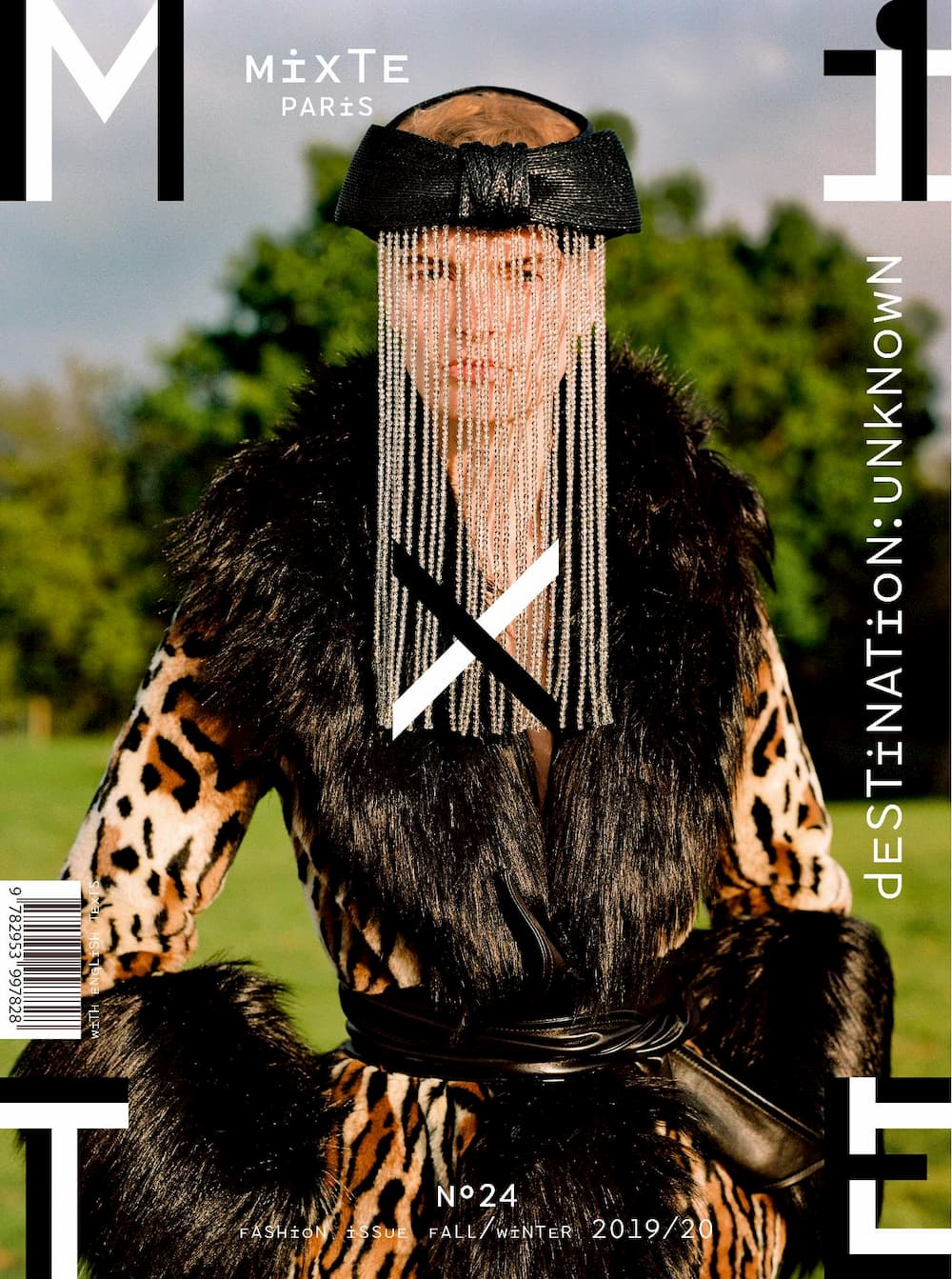 For 20 years, Mixte poses a free and independent look on fashion and the world. The year of our 20th anniversary is an opportunity to reaffirm our fashion and international positioning with a quarterly periodicity in a magazine in generous and qualitative format. Reflection of his time, witness of the changes of a society in perpetual movement and precursor of the currents of tomorrow.

Its three founders, Tiziana Humler, Christian Ravera and Guy Guglieri, have enriched their team to meet the challenges of a post-digital fashion press. Keeping a close eye on the changes in luxury, the trio intends to defend a fashion approach that reflects society and its transformations.

Franck Benhamou joins the team to write a new fashion story with a more realistic tone, in line with the evolution of the luxury sector. Fashion editor for 16 years magazine Number, Franck has worked as a stylist and freelance consultant for prestigious clients and many international magazines.

Nathalie Fraser, editor-in-chief, has recruited new signatures, bringing together with Ariel Kenig, new advisor of the print and digital editorial team, a team of journalists specialized in the free, contemporary, explosive look.

A new model accompanies this Mixed stronger and more explosive, with a new logo and typography “Interval” drawn by Les Graphiquants.

As a child of this era, Mixte started from the very beginning mixing styles and talents, inviting the big names of the moment (Mondino, Testino …) as well as a new generation that would become the reference of tomorrow. Among them, David Sims, Terry Richardson, Emmanuelle Alt, Jane How, Thomas Lagrange, Loïc Prigent, Olivier Zahm …

Two decades have passed. Yesterday confidential show, fashion has turned into a global show, like a globalization that was able to radiate the same images, the same names and the same desires. From Paris to Beijing or Cuba, the creators have become artistic directors: the creation of clothes rhymes with global brand image. From Caramail to Instagram, social networks have transformed the relationship to notoriety. Fashion, but also music, cinema, contemporary art and architecture have been radically transformed in their way of being, playing on new rhythms of existence.

Of all this, Mixte was the actor before being a spectator, capturing among these virtual comets the talents that would count. Artists, musicians, stylists, photographers, met in Mixte, the magazine creating unexpected encounters, always claiming as a space of freedom, an inexhaustible source of inspiration. In our pages, the readers will have met a beginner rock band spotted on Myspace, the Arctic Monkeys, a Léa Seydoux still a teenager, the portraits of young creators “in the making” like Nicolas Ghesquière, Lou Doillon in his debut as a model, covers signed Josh Olins …

2016
Fashion shivers again and again. Faced with the acceleration of the challenges of the sector, some creators are embarking on the ready-to-shop while others are backtracking in the calendar, embracing the time of know-how and contemplation. While parades man and woman are confused, the question of gender is (almost) no longer one. The barriers of age and origins fade away, taking with them the accepted ideas.

Rich in his experiences and free as at the beginning, Mixte celebrates twenty years and is still reinventing itself, in the image of fashion and its related universes. Since fashion is as much a subject of society as it is the reflection and the actor, Mixte is positioned more than ever in witness, proposing keys of reading to apprehend a multiple, diverse society, open on Europe and the world.

More than ever, our fashion pages are in synergy with the times, claiming a rebellious, daring spirit: an energy that is not afraid of change.

Mixed (re) becomes an expression space where fashion, creation, generations, culture and society intersect. Actor of the present, witness of the changes, precursor of the currents of tomorro 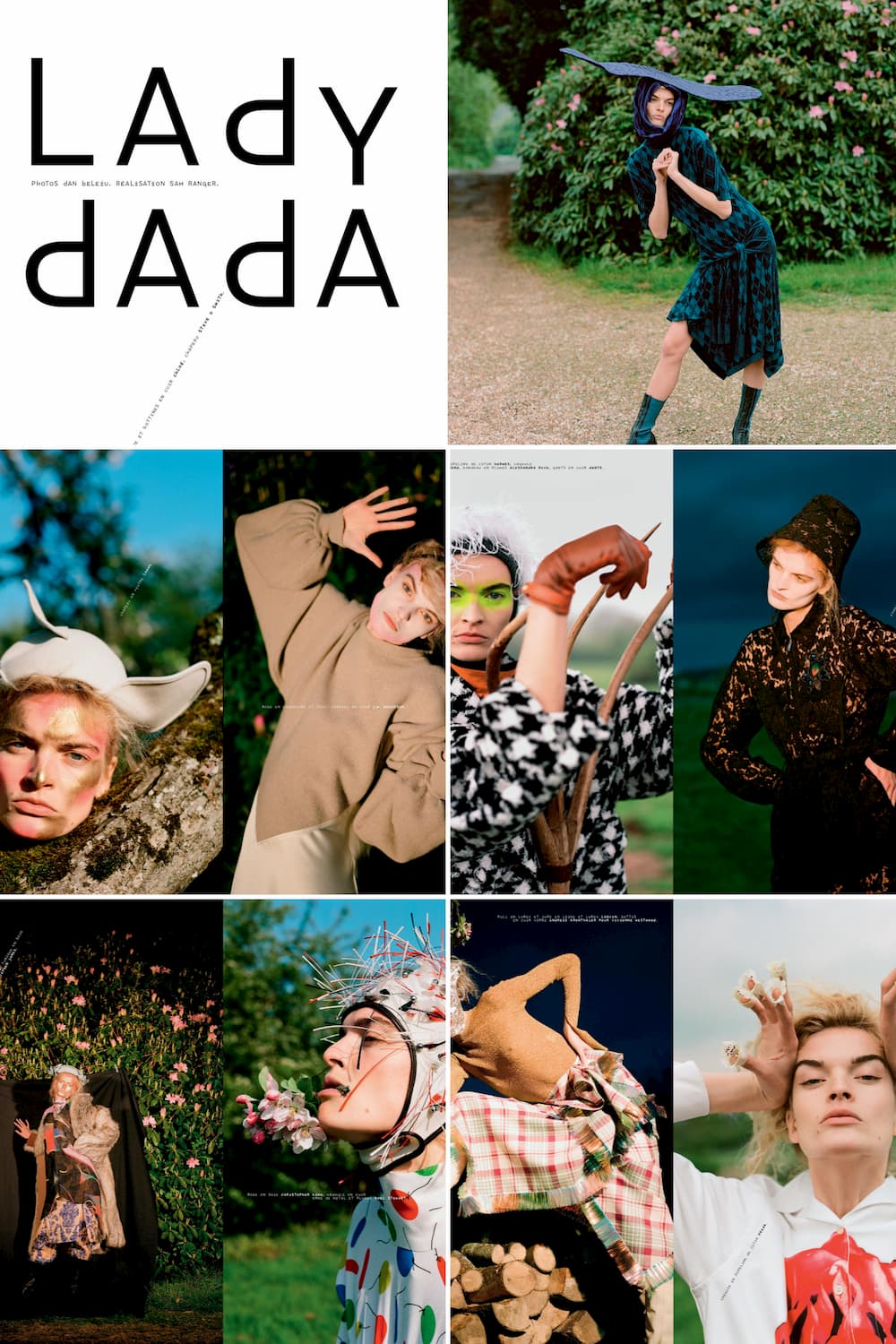 To purchase the September Issue of Mixte visit the link below.

This magical house and gardens prove the definitive in shoot locations, being of the right proportions to remain enchantingly intimate but with bountiful country house legroom to revel in, boasting hugely original natural charms to both the interior and exterior with exceptional uninterrupted views over the Brede Valley. Guestling Farm has been sympathetically restored with paints, colours and textures hand picked from the past four centuries whilst all-important features in many rooms, such as the huge inglenook fireplaces, have been uncovered and re-established. Once safely past the giant period carved oak front door this curiously quirky country house is littered with a vast and eclectic range of truly unusual antiques, curios and decorative elements giving the whole an eccentric, yet tasteful, aesthetic with a common feel of faded gentility running through its core. The interior is fairly traditional and there are loads of items which can be used as props ~ old books, paintings, jars, jugs, picture frames.