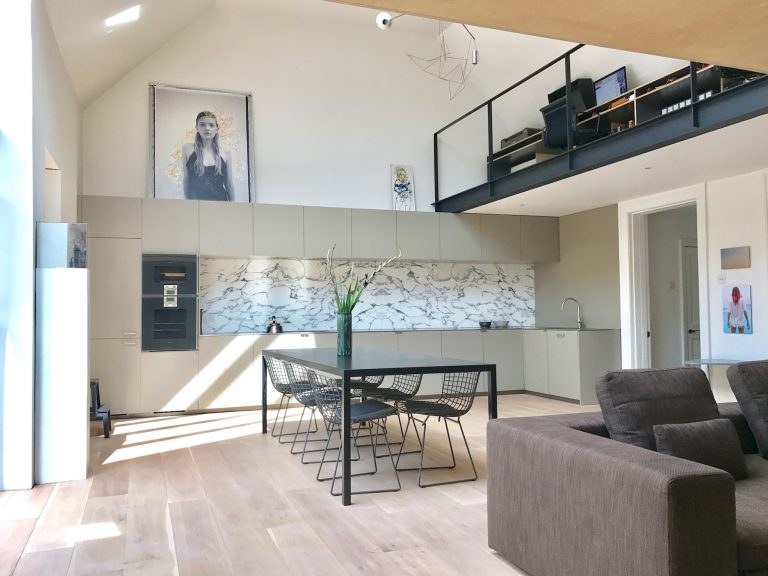 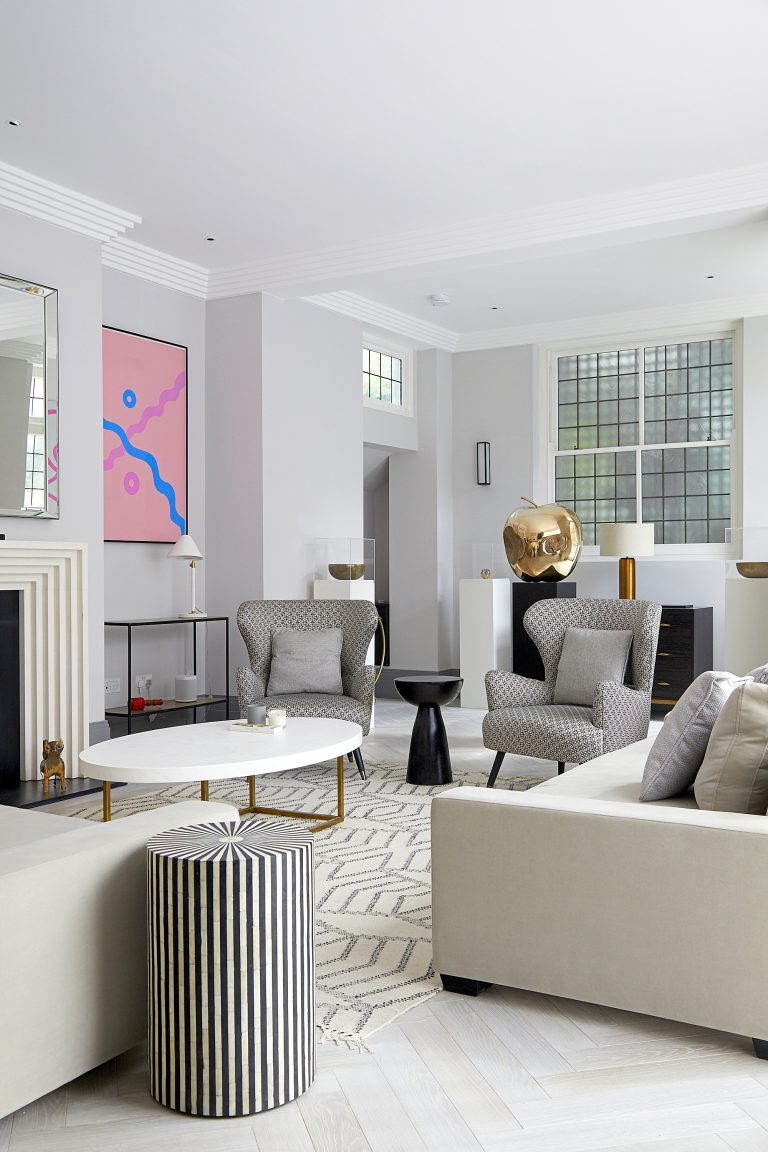 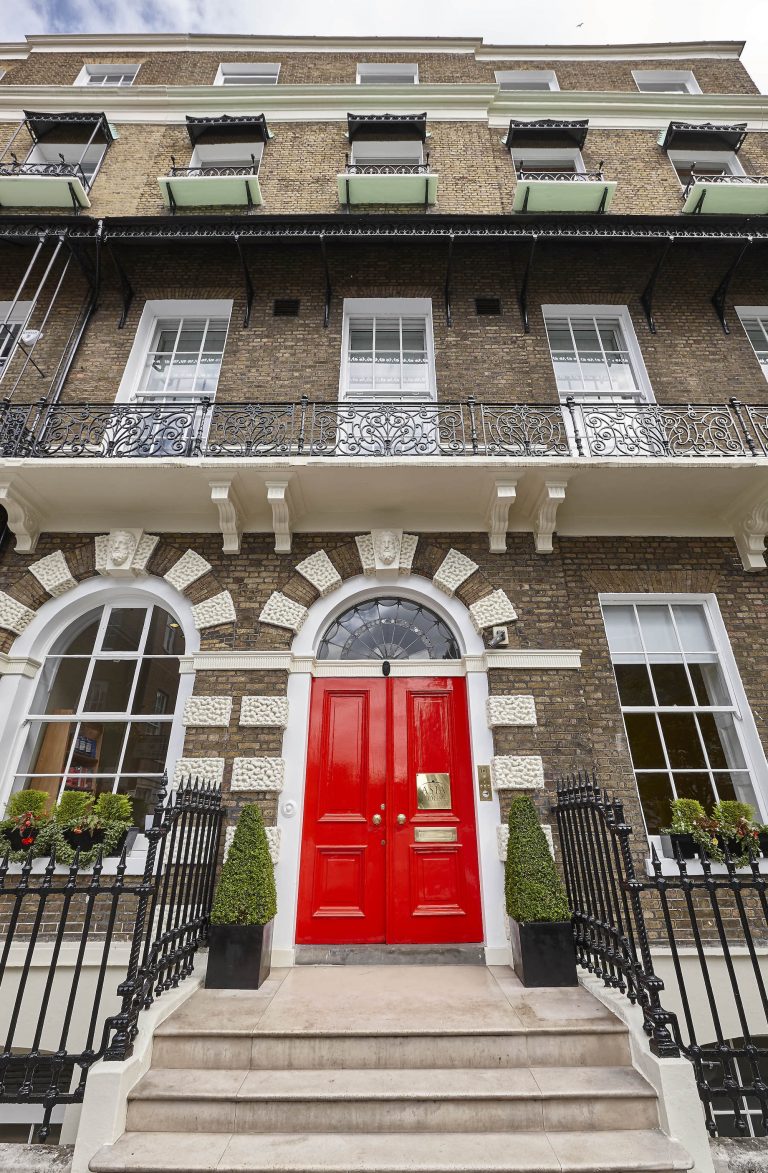 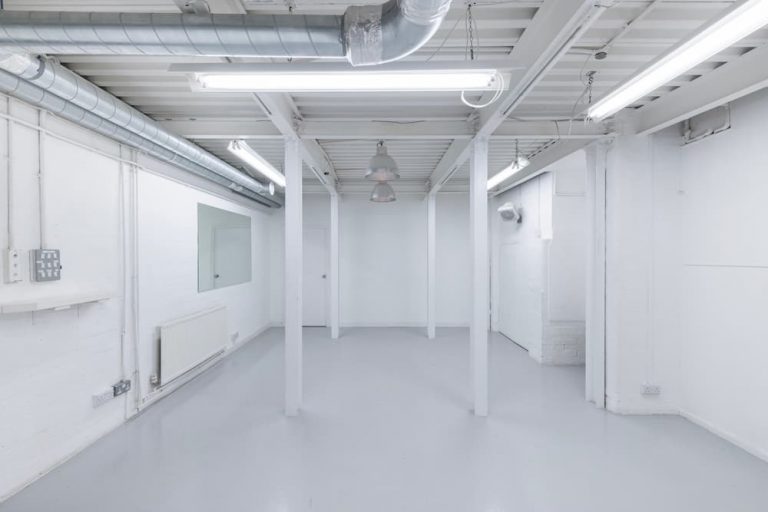 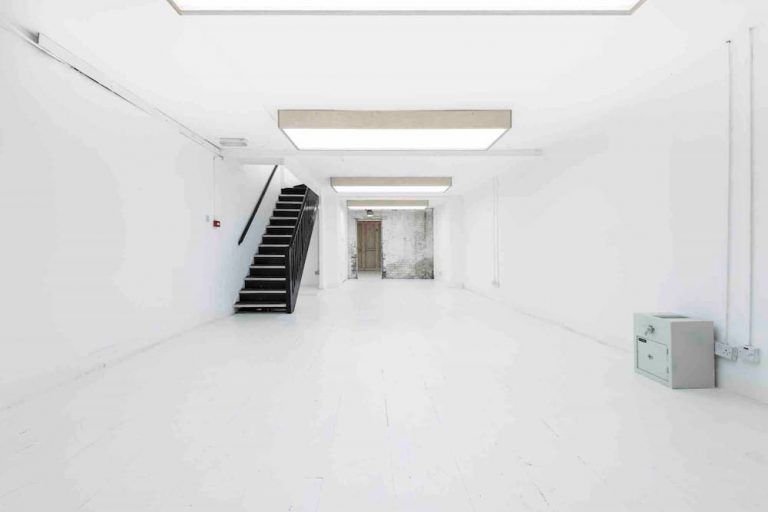 SHOOTFACTORY offers shoot locations for hire in Westminster, the seat of fabulous British landmarks such as Buckingham Palace. Our location library has a varied selection of shoot locations from apartments to houses.

Our “Randolph” apartment location provides a lush background to displaying a narrative for visual storytelling whether for a simple photo shoot or a more complex film or TV story. Neutral coloured walls and flooring show the decor of indoor greenery and a hanging basket seat to great advantage. The colours of the plush floral sofa add an outdoors touch to your work.

Our “Latimer” house location brings in the light via large areas of glass doors, extensive windows and skylights. The ambience is that of a home that caters both to family and to visitors. An extra beguiling touch is the cosy patio with seating for a pleasant outdoor gathering that is complete with a wealth of flowering plants.

Our “Westbourne” apartment location presents the ultimate in minimalist design that offers the best opportunity to showcase your personnel. By emphasising wide open spaces and floor-to-ceiling windows, this setting highlights the movement of the modern personal lifestyle in bright, clear backdrops. Should a set dresser need to add a particular piece of specialised furniture or wall hanging, there is ample space to make a few changes.

Covent Garden in Westminster harbours one of our photographic studios with floor-to-ceiling windows with acoustic glass, a 25 feet wide by 12 feet high infinity cove and a modern kitchen with enough space to supply the practical aspects of a shoot that entail feeding a large group of people.

Don’t forget that if you prefer to look for yourself, then we also have a Location Search page where you are able to select a particular style of location property, or key features to limit your search.

Located in between Kensington and Chelsea on the west and City of London on the east, Westminster is the home of such places as the Palace of Westminster where Parliament governs, Westminster Abbey, 10 Downing Street, St. James Palace, Big Ben, and Buckingham Palace where the Royal Family resides. Westminster also includes the cultural hubs like Picadilly Circus, the entertainment district in Soho and the shopping centres in places like Regent Street.

The city was founded in 1065 when Edward the Confessor built and consecrated Westminster Abbey in the wilderness outside London along with a palace. William the Conqueror held his coronation at Westminster Abbey, setting the royal tradition for every British monarch following him. The city would be serve as the new seat of the country’s government. By 1200, the royal treasury had been moved to Westminster from its original location in Winchester. Westminster Hall was the location of William Wallace’s execution for warring against the King of England for Scottish independence. In the 15th century, William Caxton established England’s first printing press, publishing Chaucer’s famous Canterbury Tales a few years later.

Westminster and City of London was two distinctly separated areas for centuries until urban expansion of London in the sixteenth century led to the conjoining of Westminster and London. In 1536, St. James Palace was built as a secondary residence for Henry VII who also commissioned Hyde Park as an enclosed deer park for his personal sport. A century later, Hyde Park was opened to the citizenry. In 1684, 10 Downing Street was built, currently serving as the official residence of the United Kingdom’s Prime Minister. In 1703, Buckingham Palace, the current residence of the British monarch and the immediate Royal Family, was constructed. In 1739, Westminster Bridge began construction over the Thames which was completed in 1750 and became the subject of a sonnet by William Wordworth in 1802. In 1776, Somerset House, a major landmark for London, was built to accommodate various administrative offices for departments of the government.

Starting in 1813, The Gas and Light Coke Company begins to modernise London with the installation of gaslights on Westminster Bridge followed by similar lights on city streets the next year, the first of its kind in the world. The palace Edward the Confessor had built during the founding of Westminster was destroyed in a fire in the 1834 and eventually was the site on which the current Palace of Westminster was built between 1840 and 1860. 1858 and 1859 saw the construction of Big Ben, the famous London clock tower. Ten years later, the District line opens up in the London Underground, connecting Westminster to South Kensington, revolutionising public transit. In 1885, Westminster Hall and the Tower of London were attacked by Irish separatists with explosives. The London Government Act of 1899 then declares that the greater London metropolitan area will be separated into 28 separate boroughs of which Westminster is one. Starting that year, the French impressionist painter Claude Monet visits Westminster annually for three years straight, painting his view of the Thames from his window at the Savoy Hotel.

The first half of the 20th century was beset by war and chaos with Westminster as the seat of the British Government feeling the effects most acutely. Following World War I, the Cenotaph, a memorial dedicated to the fighting men who died in the war, is erected in the Whitehall section of the city. At the same time, an unidentified British soldier’s body from the battlefields of Europe, named “The Unknown Warrior” is buried in Westminster Abbey. The city, along with the rest of the London area, suffers its most trying time nearly two decades later when Prime Minister Neville Chamberlain announces in September of 1339 that the United Kingdom has declared war on Nazi Germany after repeated attempts to peacefully halt Hitler’s conquest of Europe.

By August of the next year, the Luftwaffe begin air raids on the city as new Prime Minister Winston Churchill attempts to rally the city and the country together to stand strong against the Nazi war machine. In December, the Second Great Fire of London is sparked by the bombings. The heaviest of the shelling occurs in the Spring of 1941, leading to grave damage to the Commons Chamber in the Palace of Westminster and the Queen’s Hall. Later in the war, Germany switches to launching V-2 rockets into the city. Following the war, the city rebuilds itself, adding modern fluorescent lighting to the platforms of the London Underground.

In 1965, Westminster is finally recognised as a city in its own right. It remains the seat of the British Government today despite repeated terror attacks from the IRA, Islamic extremists, and others. The city still boasts the residency of the Royal Family and holds almost all of their official ceremonies from the funeral of Princess Diana to the weddings of both her children. Westminster stands as the crown jewel of London with its long history and deep resiliency.