7 Alternative Film Locations Around The World

When most people think of film locations, the first place that comes to mind is Hollywood, and it’s understandable why.

Today the film industry is quite different from Hollywood’s “Golden Age.” Presently, film productions are taking place all over the world. From Bulgaria to the Wadi Rum Desert in Jordan, filming outside of the United States is more popular than ever. 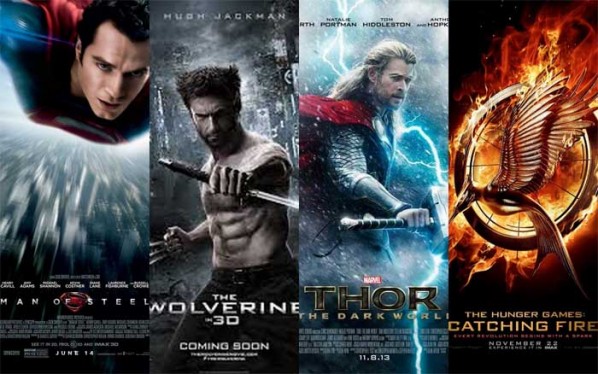 There’s no question, that Hollywood remains an epicentre for film; however, there’s a lot more competition today. The company Film L.A. Inc is trying to entice production back to Los Angeles. Commercials, feature films, and even television shows decreased filming by 19% in Los Angeles, and one of the main reasons is due to production cost.

Yet, Hollywood’s shortfall of film production is increasing the coffers of various international locations from rural communities to metropolitan areas. Filming not only creates employment and revenue in the interim, it creates lasting economic vigour as well. By drawing tourists and film enthusiasts who take pleasure in visiting sites, these locations have witnessed changes to their economies that they had never enjoyed previously.

Seven of the most intriguing alternative film locations in the world:

This mesmerising desert panorama has been recognised for decades as the setting of the classic 1962 movie, Lawrence of Arabia. The location has been used more recently as the Mars backdrop of Red Planet along with the movie “Transformers Revenge Of The Fallen.” The 4,000-year-old rock formations are renowned as the Seven Pillars of Wisdom.

2. The Asian Island Location of The Beach

Following Leonardo DeCaprio’s huge screen success with The Beach, vast numbers of tourists became enthralled and began looking for the ideal beach for themselves. The actual location for The Beach was in Ko Phi Phi Leh in Thailand. As visitors commenced visiting the location, there were concerns about the impact of tourism on the environment. Nevertheless, it is impossible not to be spellbound by the stunning white sand and clear waters.

Many Gladiator fans are familiar with the memorable lines of this fantastic iconic film. Great words like: “And I will have my vengeance, in this life or the next,”ù captures the essence and drama of this Oscar-winning film, which was beautifully complemented by the stunning backdrop of Ait Ben Haddou, which is located near Quarzazate in Morroco where Maximus was sold into slavery.

Sometimes if an actual backdrop is not available, a substitute will have to do. This is the case with Ben Affleck’s 2012 Oscar-winning move Argo, which was supposed to take place in Tehran, Iran. As this was not possible, the Grand Bazaar in Istanbul was the location of choice. The story of six Americans escaping a beleaguered embassy in the middle of Tehran was a dynamic story line. The Grand Bazaar, Istanbul was a perfect substitute with its chaotic colourful bazaar, and crowded streets.

New Zealand is probably not the first location to come to mind when looking for a place to depict New York. Yet, director, producer, and writer, Peter Jackson, used Wellington New Zealand to film the very last manifestation of King Kong.

Steven Spileberg’s transfixing 1993 Holocaust production “Schindler” List” was the recipient of seven Academy Awards and laid bare to millions of moviegoers the actual story of Oskar Schindler. The egoistic businessman, played by Liam Neeson, turns out to be the improbable hero after turning his vodka factory into a protective cover for Jews during World War II. The movie was inspirational, beautifully filmed, and brilliantly exposed the miracle of hope during one of mankind”™s darkest moments in history. The movie had an enormous impact on the movie tour sector in Krakow, by opening the way for tourism opportunities in Jewish history and heritage. There are still a number of “Schindler List” motivated tours still offered in Krakow today.

A true Dracula fan cant help but be drawn to Transylvania, thought to be part of what is now known as Romania. Each year, roughly 250,000 visitors flock to Bran Castle, currently a museum for public viewing in Romania’s scary Carpathian Mountains.

These are just a few of the non-Hollywood locations that have been used for some of the most famous and award-winning movies in the world. Other fantastic locations include Budapest Hungary, Moscow, and Scotland.