Quick Guide to Filming in the UK

The Fast & The Furious 6, Anna Karenina, Snow White & The Huntsman, Prometheus, Maleficent, Guardians of the Galaxy, and several of the Star Wars movies all have one thing in common.

The majority of the footage in these films was shot in the United Kingdom. It’s not only the rolling hills or stunning scenery drawing major motion pictures to the UK these days.

A lot of large budget productions flock to the UK to reap the rewards of lucrative tax benefits as well as the ability to use cutting edge equipment and several big name studios. 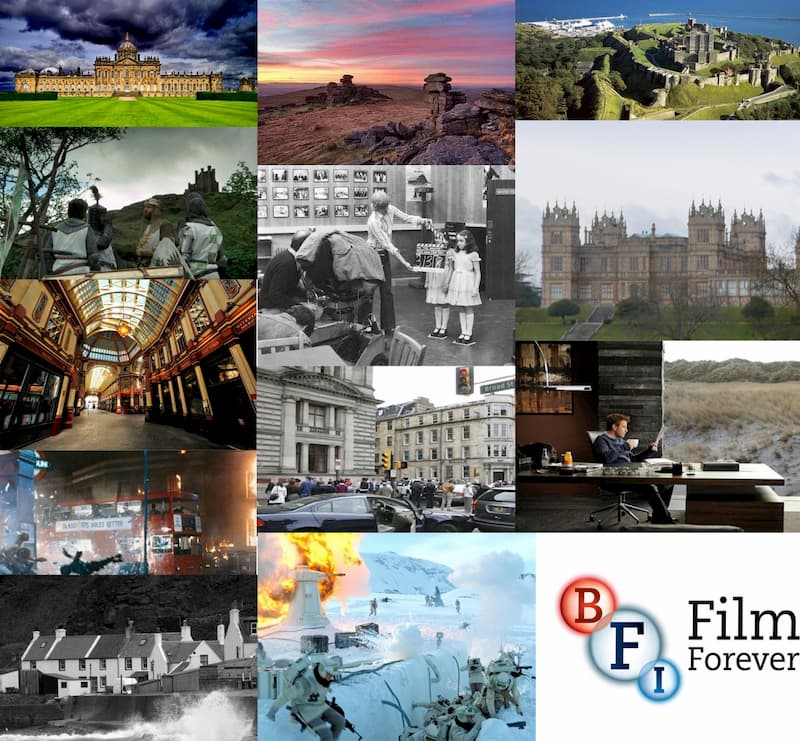 The United Kingdom is home to several of the biggest studios in the film making industry.

Movies such as Star Wars, Indiana Jones, and Superman have graced the lot of Elstree Studios, one of the most well known studios in the country. The UK has several studio complexes located in and around the major cities and are able to cater to a large number of films at any given time. The studios are able to service television programmes, but the larger studios tend to receive a larger portion of their business from high-end film.

The UK’s main filming locations are able to contend with international film companies quite easily. They are fully equipped with the latest, state-of-the-art equipment and are able to offer a large variety of stage sizes, support services, and staff to any production.

Some of the main filming studios in the country are:

Pinewood Studios: The most famous studio in England, and the largest in Europe, Pinewood Studios is located close to London. Pinewood studio is comprised of a 100 acre lot which includes a lake, formal gardens, fields, woods, and 18 stages. It is home to Europe’s number one underwater filming stage and the largest exterior tank.

Ealing Studios: Another very famous studio close to the heart of London, Ealing Studios has been in the film making industry for over 100 years. Ealing Studios is equipped with four stages and contains workshops, offices, prop stores, and large meeting rooms.

The UK also plays host to some of the most prominent television programmes in Europe. Doctor Who, Little Britain, and Absolutely Fabulous have all made their home in a UK studio. Aside from the BBC studios – which are currently closed, but scheduled to reopen with three studios in 2015 – there are several other fully equipped studios to choose from. Most of the television production studios in the UK are located in or around London.

The London Studio: On the Southbank of London, The London Studio plays home to shows such as The Graham Norton Show, Good Morning Britain, and The Jonathon Ross Show. It contains eight studios and harbours post-production facilities. The building, located on the River Thames, also plays host to the oldest commercial television network in the United Kingdom – the ITV.

Fountain Studios: The X Factor and Britain’s Got Talent call Fountain Studios their home. This studio can accommodate television programmes demanding anywhere from 3,000 sq ft all the way up to 13,000 sq ft of space. It is located close to Wembley Stadium in London, and comes equipped with VIP hospitality and separated star dressing rooms.

Elstree Studios: Equipped to handle both film and television programmes, Dancing On Ice, Who Wants To Be A Millionaire?, and Big Brother can all be found in Elstree Studios.

One of the biggest perks to filming in the UK is the country’s network of extensive travelling methods.

You can navigate the country easily, getting you and your crew to and from on-location shoots quickly. The country is ripe with historic locations, natural beauty, and iconic landmarks. If you are planning to shoot in the UK, Shootfactory is familiar with the procedures and can liaise with local authorities and ensure that your filming is completed without a hitch.

For the London area, Film London should be your most important contact. Northern Film and Media should be your go-to for the north east of the UK. For the rest of the country, Creative England will be your best resource.

With the demand to film on-location in the UK so high, the nation’s police have a direct-contact via email for those who are wishing to request permission at filmunit@met.police.co.uk.

Several of the largest film production equipment suppliers are represented in the UK. This includes companies such as Arri to Kodak. If you are in the market to simply rent the equipment, you have the ability to choose from several hundred film equipment rental companies.

One of the biggest draws to the country for the film making industry is the value of the Film Tax Relief programme.

To qualify for this film tax relief programme, you must meet the following requirements- which can be found on the BFI website:

A similar programme is available for high-end television and animation productions. In order to qualify for the HETV Tax Relief programme, you must meet all of the following stipulations:

It must qualify as British by either passing the High-end Television Cultural Test or as an official co-production.

Further, more detailed information on these Tax Relief programmes can be located on HRMC’s website.

All productions in the United Kingdom must be fully insured.

If you are operating under a policy from your home country, you must ensure it covers filming taking place in the United Kingdom. Film insurance is specialised and policies and premiums vary from film to film, depending on the different risks associated with the filming.

Public liability insurance: Covers your production in case of injury or property damage.

Errors and omissions insurance: Covers a production in law suits brought against the producer for libel, slander, breach of copyright, invasion of privacy, and a multitude of other issues.

Props and set insurance: If you are filming in a historic building or will be hiring props and vehicles, this is especially important.

Hired equipment insurance: Without your own policy, you will be expected to purchase one through the leasing company, which can be extremely expensive.

You will most likely be required to provide proof of insurance to location owners, equipment companies, and studios.

Production crew available in the UK are among the top rated in the business.

Most crews are award winning and have been recognised internationally for their flexibility and professionalism. If you are interested in hiring crew already located in the UK, these agencies can be of great service in providing tailored lists of the best in the business:

Made In The UK: A network of UK agencies that can provide contacts and availability information.

The Production Guild Of Great Britain: Able to provide information including contacts and availability of its members.

The Association Of Motion Picture Sound: Provides an online directory of members.

UK crew rates are not set or controlled by unions. Instead, pay rates for crew members are generally negotiated by the individual crew member with the aid of the producer. For information regarding pay rates, it is generally best to speak to an experienced line producer. You can find information to contact one through The Production Guild Of Great Britain. Current pricing does tend to lean towards the competitive side.

The UK has an extensive amount of benefits to offer to film and television producers. Between sweeping landscapes, ancient castles, and gorgeous seascapes, it has an expansive array of locations to fit any film production. When you add in enticing tax benefits, state-of-the-art facilities, and some of the top rated crew in Europe- it is no surprise that the UK has become the backbone of filming activity.