Famous Fashion Photographers to Inspire You

Fashion photographers are some of the most famous artists in the world. They have successfully made a living by capturing fashion trends that resonate with their audience. The following list highlights talented individuals who have inspired many designers and creatives, including me. 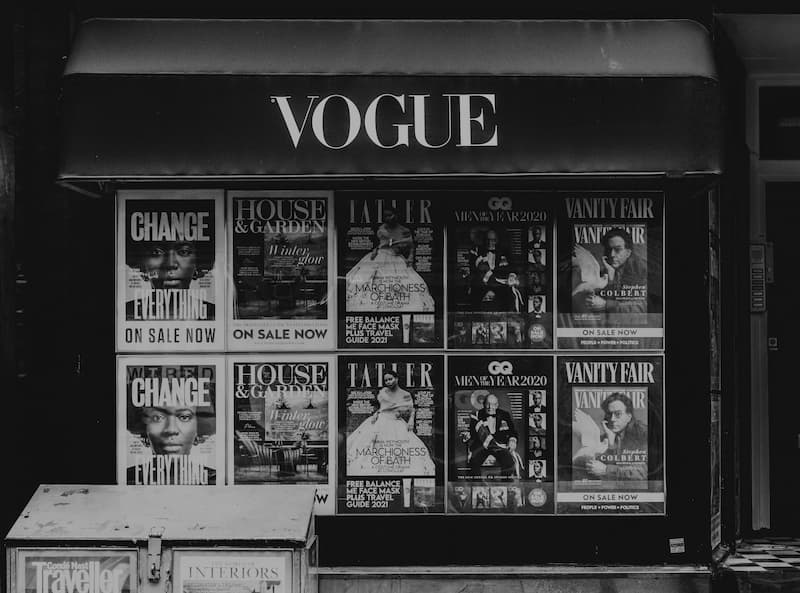 The fashion photographer Patrick Demarchelier has been capturing the world’s most beautiful models, celebrities, and famous faces since 1978. His work is known for its soft lighting, romanticism, and timeless feel. The American-born photographer was raised in Paris from age 13 when his family moved there to avoid a war in Vietnam, where he grew up as a child. He began studying art at an early age but didn’t decide on photography until later in life after deciding it would be more lucrative than sculpture, which appealed to him growing up.

He spent some time working with French Vogue before shifting his focus back home to America, where he continued working for magazines such as Harper’s Bazaar, Glamour, and Elle. He was one of the first photographers to shoot supermodels such as Christy Turlington and Naomi Campbell, and his work has been featured in campaigns for brands.

Patrick Demarchelier’s unique vision and breath-taking photographs have inspired many fashion photographers over the years.

Mario Testino is one of the most famous fashion photographers in the world. He has worked with some of the biggest names in fashion, including Victoria’s Secret and Gucci. But what makes him so special? Testino is known for his unique style, which combines classical techniques with modern ideas. His photos are always elegant and stylish, and he has a knack for capturing personality and emotion. As a result, his work is often highly sought after by magazines and brands alike.

If you’re looking to inject some creativity into your fashion photography, then Mario Testino should be your go-to source of inspiration. His work is packed with ideas that you can adapt to suit your style. So why not look at his photos to see what you can learn from them?

The fashion world has changed a lot since Bruce Weber’s first photography gig for Harper’s Bazaar in the 1970s. Back then, photographers were not supposed to be stars and weren’t even credited on the cover of magazines. Instead, they just took photos, and editors decided what would go into each issue. That’s why Weber is one of the most iconic fashion photographers of all time because he changed everything.

Fast forward forty years later: today, all rules have been discarded as blogs are becoming new references when it comes to putting together an editorial look-book full of inspiration shots from bloggers around the globe. In addition, seasonal schedules no longer limit fashion; instead, trends creep across brand lines at any given time, thanks to social media exposure.

Fashion photographers are incredibly talented artists who work behind the scenes and create stunning images that capture the imagination of both consumers and fashion designers, and Weber was just that.

Paolo Roversi is an Italian fashion photographer who has been shooting for magazines like Vogue, Harper’s Bazaar, and Elle since the early 1990s. He is known for his ethereal, often black-and-white images that evoke a feeling of nostalgia. His work has been exhibited worldwide and is in the permanent collection of the Museum of Modern Art in New York City.

In addition to his photography career, Roversi also teaches at several prestigious art schools, including La Cambre in Brussels and the Royal College of Art in London. He is a recipient of numerous awards, including multiple World Press Photo Awards and a Lucie Award for Lifetime Achievement. In 2011, he was named one of the 100 most influential people globally by Time magazine.

Penn’s fashion photography was considered revolutionary in its time. His use of the “Light Box” to create a shadowless, diffused lighting style is still influential today. He took an iconic photograph of Marilyn Monroe posing on her knees while resting on an antique white sheet with one hand positioned under her chin and wearing only a corset-inspired John Lennon to name his first daughter after the model.

David Bailey started as a photographer for British Vogue magazine before moving into more editorial work, such as covering models like Twiggy at home or backstage during shows by designers including Givenchy and Yves Saint Laurent. He helped define what we now consider popular culture because of his candid photos taken behind-the-scenes, starting with 1963’s “Blitz Kids” editorial, which featured the Beatles.

Teller is considered one of the most influential photographers in fashion today. Fashion photography is all about capturing the perfect moment and presenting it in a way that inspires others. Juergen Teller is one of the most well-known fashion photographers globally, and his work often features models who are not traditionally considered to be beautiful. His work has appeared on magazine covers, including French Vogue and British GQ, and he’s worked with brands like Louis Vuitton to create advertising campaigns that have been seen worldwide. He doesn’t use a lot of props or staging for his photos because he wants them to be more natural than other photographers’ images are perceived as being by viewers who live in an image-saturated culture. Instead, he’ll take pictures alongside models during runway shows, so they aren’t just posing but moving around naturally while still looking stunningly fashionable at the same time. If you’re looking for some inspiration for your next fashion shoot, check out some of Juergen Teller’s work. You won’t be disappointed.

Avedon is known for his high-fashion studio portraits. He was one of the first photographers to move away from traditional fashion photography, which was very staged, and instead created more natural-looking images. He often used bright light and unusual backdrops in his photos to create a more dramatic look.

Leibovitz is another well-known photographer who has worked for magazines like Vanity Fair and Rolling Stone. She’s known for her portraiture work, which often features celebrities or powerful people in informal settings. One of her most famous photos is a portrait of John Lennon and Yoko Ono shortly before Lennon was assassinated.

David LaChapelle is one of the most well-known fashion photographers in the world. He started working for Interview Magazine and quickly began to make a name for himself with his unique and dramatic style. His photos are often inspired by art history and popular culture, and he has worked with some of the biggest names in fashion, including Madonna, Beyonce, and Lady Gaga.

Stern has photographed some of the most famous supermodels worldwide, including Cindy Crawford, Gisele Bundchen, Heidi Klum, Naomi Campbell, Daria Werbowy, Helena Christensen, Stephanie Seymour, and Kate Moss, just to name a few. He created one of his first iconic black-and-white photos when he took a picture of Marilyn Monroe wearing nothing but diamonds while she held an orange blossom over her head like a veil – the photo was used on the cover of Vogue. Stern is known for his sensual and often provocative images that always manage to be beautiful simultaneously.