It has been almost 200 years since the first picture was taken. Advances in photographic technology have been nothing short of amazing. Smartphones changed the way that we look at cameras. We take them for granted, carrying them everywhere we go. Now there is a new innovation that is causing us to reconsider our feelings about photography.

Mirrorless cameras were recently unveiled by the biggest brand names in this industry. A lot of excitement is generated over their superior capabilities directly related to new innovations. Industry experts expect mirrorless cameras to change the current landscape of the photography market. 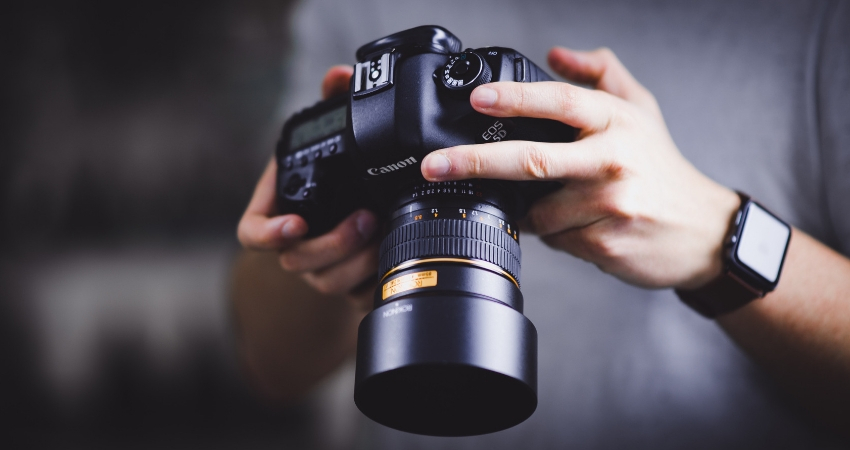 For nearly a decade, the photography industry shrunk in each successive year. It was not until mirrorless cameras entered the market that it saw its first growth. In 2017, the industry grew by 5%. This amounted to a $9.9 billion increase in digital camera sales. It was the first sign that dedicated digital cameras can still compete with smartphones. It should cause professional photographers and individuals who want something more than what comes standard on a smartphone to invest in mirrorless technology.

As good as cameras are on smartphones, there are several issues that modern consumers just learned to accept. Digital single-lens reflex cameras (DSLRs) are what most people are accustomed to. They use a flippable mirror to display the image captured by the lens on the user’s viewer. DSLRs result in a partial view of what is captured by a lens. Mirrorless cameras deliver 100% coverage for the photographer. This capability, along with other advantages, showed enough promise for the top two manufacturers to invest in their own mirrorless camera lines.

In 2013, Sony offered a full-frame camera that was made possible by mirrorless technology. It did not have any real competition until Canon and Nikon, the industry’s top two manufacturers, announced their own full-frame products. Mirrorless cameras incorporate a digital preview instead of the reflected image that DSLRs use.

Pros and Cons of Mirrorless Technology

A few major issues needed to be resolved before mirrorless cameras could meet their current demand. Images were delayed between the time of lens capture and being viewed on a digital display. Additionally, their resolution was significantly lower than optical viewfinders. Both of these issues have been addressed by advances in modern displays.

Some of the advantages of mirrorless cameras are:

Many of these advantages are directly related to the ability of full-frame capture. A full-frame image sensor is approximately the same size of 35mm film. This size difference is quite significant. It enables sensors to capture more light. In fact, a full-frame sensor can offer more than 10 times current products. The improvements in frame capture directly lead to better image resolutions, lighting, depths, and need for software effects.

There are few drawbacks to mirrorless cameras. Costs are higher. The reliance on digital displays impact battery life. Larger sensors can lead to bulky cameras. Considering how low the cost of cameras has become compared to the quality they offer, higher costs are not likely to impact overall sales. Battery life could be a factor, but significant advances have already been made in this area and more innovation is expected in the near future.

The direct image capture of mirrorless cameras is an exciting advancement. One feature in particular that manufacturers are jumping on are increased burst speed. Photographers will be capable of a quicker image after image capture. Combine higher speed burst modes with improved image quality, and it is easy to see why the market has its first increase in years. Several other innovations are foreseen directly due to the closer placement of the lens and sensor.

Panasonic is among the leaders of innovation. It is combining its efforts with Leica and Sigma to disrupt the market. Expectations are that it will deliver a product that is capable of offering features not found on other cameras in the same class. Fuji, Nikon, GoPro, Hasselblad, Canon, and Sony join Panasonic in a rapidly advancing the industry.

Canon and Nikon are creating a lot of excitement as the top two manufacturers in terms of size. Professional photographers will use the best options available to them. The industry is not affected by branding as much as others are. This will make for intense competition among manufacturers and new opportunities. While Sony has the advantage of an early market entrance, at the moment, it’s anybody’s guess where the industry will be in a few years.

One thing is clear, photographers will be producing better images. They will get improved zoom quality for action shots. Increased resolution and colour schemes are always sought after for commercial and fashion applications. While mirrorless cameras are not at their full potential, few experts doubt that innovation will be a major obstacle. Though, it is difficult to predict how long it will take before this technology matures.

Though late to market, the influence of Nikon and Canon are being felt. The Nikon Z7 leads its class with 45.7 MP. Canon’s EOS R offers significant advantages in autofocus. The GoPro Hero 7 has demonstrated smooth videos. Both the Z7 and EOS R have been criticised for their lack of consideration in terms of on the fly storage. Also, neither is regarded as an overall leader in terms of innovation. Given their size, both companies will likely offer more competitive products within the next year or two.

Sony and Panasonic are the most exciting companies in this industry, at least for now. The Panasonic S1R has 47 MP with 4K video at 60fps. It offers two slots for on the fly storage. Panasonic really gave a lot of thought about how photographers will use their camera. Its tiltable LCD screen is ideal for portraits and landscapes. The features offered by Panasonic are not available on most products.

Up until very recently, Sony has been the clear leader in the industry with its A7. The company has been elusive about its next big breakthrough but did hold a press conference about innovations in auto-focusing. More is expected from Sony before the end of the month.

The power that images and videos have over modern life is clear. Social media and online content demand an increasing amount of visual content. Quality is another feature that is in high demand. Undoubtedly, improvements in dedicated cameras have a place. Mirrorless cameras just expanded their influence.