Photographer Ali Mobasser has garnered international attention, having earned himself the 2016 Portrait of Britain award, and with good reason. Born in Maryland in the United States in 1976, Ali’s early life was marked by travels abroad and those adventures as a boy and young man have had a profound influence on the portraits of life Mobasser has produced, following his graduation from Kingston University with a B.A. in Fine Arts.

Now, after a lifetime of achievements and a newly granted award of recognition for his photography work, Ali reveals just what has helped him capture some of the most emotional images ever caught on film. 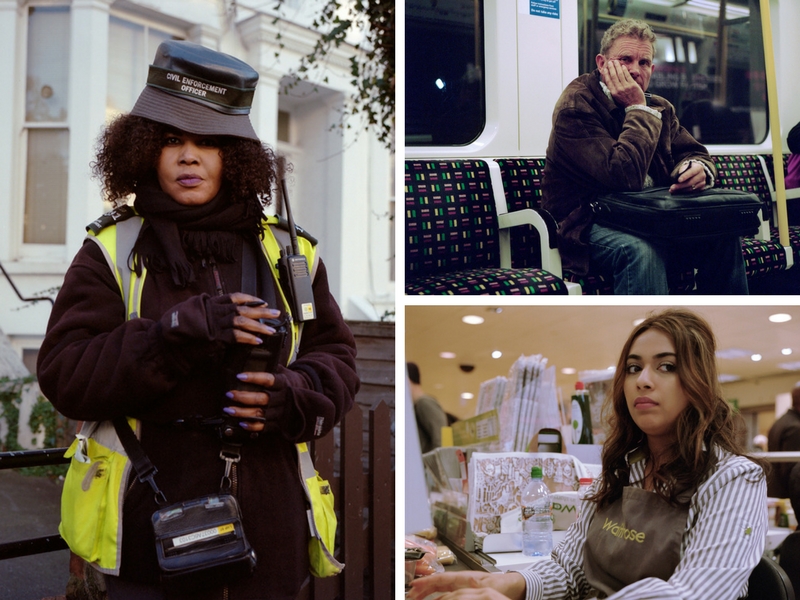 Ali says taking compelling portraits begins with the individual behind the lens, while most people assume the opposite to be true. Instead of focusing on the human component of his subjects, this photographer feels it’s his own sense of intimacy and vulnerability that will lend a feeling of realism to his images.

From his hopes and his fears to his prejudices and his empathy for others, every aspect of Ali’s personality is allowed to freely flow from his soul into the scene he’s trying to immortalise on film. To ensure authenticity and a genuinely emotional moment, Mr. Mobasser rarely, if ever, plans out the images he wants to photograph. Instead, he keeps his favourite camera at his side, as he goes about his day. Invariably, he comes across the perfect scene for an impromptu photography session.

Ali admits to having portraits of loved ones and feeling a special connection to them, but he finds that his most profound photography revolves around anonymous strangers and the people that fate throws in his path. He says slice of life images that feature unknown subjects possess the greatest power in forcing the viewer (and the photographer, himself) to question their acceptance of reality. It’s these images that forces Mobasser to challenge his conceptions about life and art.

Ali admits that he didn’t always have this same level of fascination for photography and, at one time, considered it less of an art in itself. For a younger Ali Mobasser, photography was a tool to help him express other ideas. Over time, Ali delved deeper into photographer, learning more as an assistant to celebrity and fashion photographers than he ever learned during his Kensington University attendance.

Eventually, fate took a hold of his career path, presenting him with opportunities as a picture editor at Discovery Channel and BBC. This, in turn, led Mobasser to exploring the world of still life photographer, even while he worked as a photographer on several advertising campaigns.

Still, Ali is reluctant to admit he’s fallen in love with photography, per se. Instead, he says he has accepted that there’s little else he could do with his life at this point.

“I wouldn’t call it love because of her bad traits, amongst them commercialism, propaganda and the selfie, but I certainly have a lot of respect for the power photography possesses,” says the Portrait of Britain award winner.

After a lifetime of capturing life on film, Ali Mobasser has a vast wealth of experience upon which to draw, but some events in his life stand out as more memorable than others. Asked for his best and worst moments from his career as a photographer, Ali is only two eager to share his most memorable recollections. For his fondest memory, Ali takes us back to his 18th birthday and the passing of his grandfather.

Left to him as a keepsake was a late model Rolleiflex camera and the photographer recalls that he immediately fell in love with the antiquated item. The camera was just what one might expect from the earlier days of photography. The twin lenses were accompanied by a hooded box and angled mirror to give the photographer a view of his subjects. Even though the mirror gives the photographer a reversed image, Mobasser says he still loves using it and often gets extra attention by those curious about the antique camera.

Ali adds that the Rolleiflex helps him capture spontaneous moments, because his subjects don’t often realize they’re being photographed. He pans to the left and right until he gets the scene he wants to capture, so people never realise that he’s actually stopping to take the photograph. When they do realise what has happened, the photographer is almost always met with a smile and an appreciation for his art.

Other times lead to Ali’s worst experiences as a photographer. Some people are bold enough to confront him and ask if he has taken their picture. During one incident that has stayed with him, a woman demanded to know why he took a picture of her, sending Mobasser into a nervous, yet flirty, laugh. He admits she looks amazing and wanted to capture her on film, being as tactful and polite as possible.

This woman wasn’t going to be dissuaded so easily, however. She demanded he delete the picture, not realising that he wasn’t using a digital camera. Ali might have had to expose and waste an entire roll of film, if the woman hadn’t been distracted by a traffic warden.

In the end, Ali was left feeling upset by the encounter and had pledged not to use the photograph. Months later, however, he changed his mind. Developing the role, the photographer found that his collection of photographs from that excursion told a complete story and the images would lose their cohesion without the picture of that woman.

Also, Mobasser says her sense of “infinite melancholy” as she stares through the camera gives the image a haunting realism that is rarely captured authentically on film. For that reason, as well, Ali felt it would have been a greater crime not to include the picture in his photo essay.

As for his Portrait of Britain award, Mobasser might never expected to win, but he felt compelled to enter some of his street portraits. Each image he submitted adds to the diversity of the country and immortalises rare moments.

“When done well, photography has the power to unite and create empathy, something that we, as photographers, should see as our obligation to the world,” said Ali Mobasser.

Even more importantly, Ali sees photographic art as a method for bringing people together at a time when cultures have never been more divided. He adds that using commercialism to draw attention to art is forcing people to open their hearts and minds to the rich cultures and diverse contributions of their neighbours, co-workers, and even the complete strangers they pass on the street each and every day. The photographer says presenting a humanist creation in place of commercialism is an irony he can appreciate all too well, as both an artist and a human being.

While Ali Mobasser may not have fallen in love with photography in his youth and is still reluctant to admit to a lifelong love affair with the medium of photography, it seems clear that this form of artistic expression appeals to him in ways that are certainly undeniably. In that way, perhaps photography chose him.