Taking the best shot when it comes to portrait photography can be pretty difficult. When you consider that there are so many camera settings, cameras, and even framing options for you to choose from, it can get confusing to know just where to get started. But just because it can get confusing doesn’t mean it has to. If you keep a couple of tips in mind when trying to snap some portrait shots, you’ll be able to get the shots of your dreams and ensure that your client is happy with the photos you’ve taken of them. 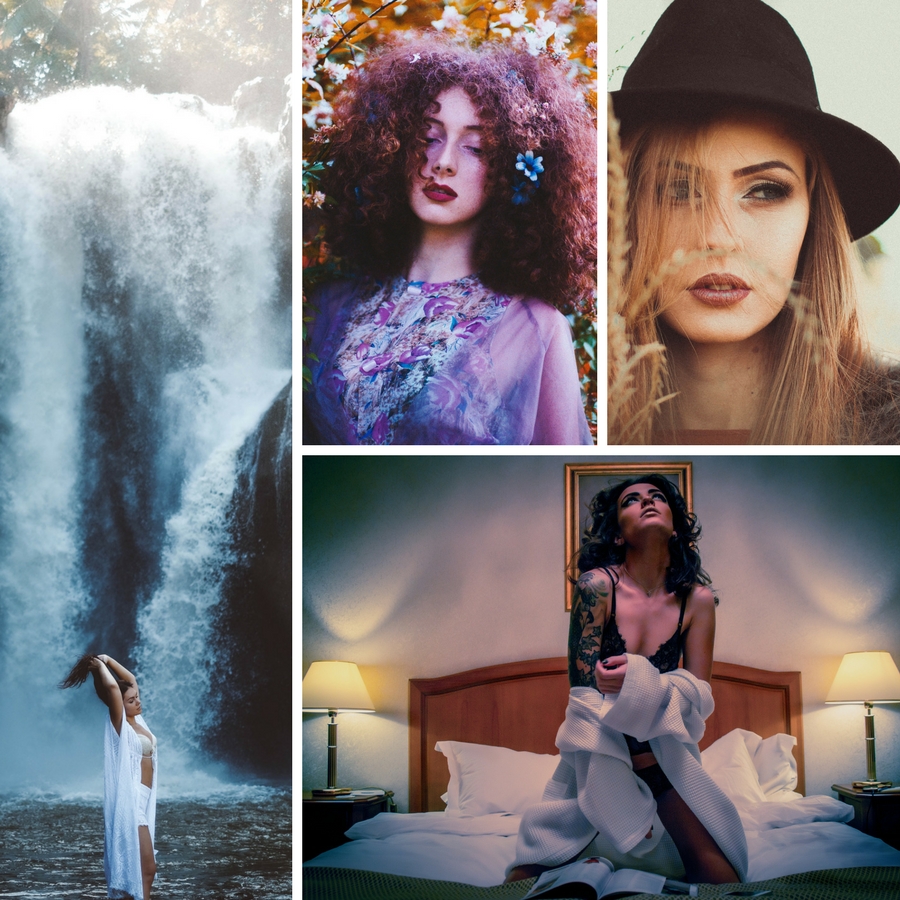 The metering system in your camera is going to be invaluable when you’re trying to get the best lighting in a shot. It’s common for shots of portrait faces to be underexposed when they’re shot, due to the nature of the automatic exposure system. The best way to compensate for this is to use exposure compensation, whereby you can manually adjust the exposure level of shots that your camera takes. Dialing the exposure up a bit will hell with underexposure problems, bringing the face back into focus.

You want to always keep your shutter speed higher than your overall focal length. This will ensure that the subject is in focus while the shot is sharp and not blurry at all. It’s also a good idea to turn on your camera’s anti-shake system so that you can capture images super sharp. Some cameras do this automatically, but a lot of them will have it built into the lens to allow you to adjust accordingly and see the difference in the viewfinder. This will keep your shots nice and sharp.

As humans, we tend to move around a lot. While normally this is fine, it becomes pretty troublesome when trying to take a photo. The last thing you want is to catch a gurn instead of a smile. Adjusting your shutter speed and increasing your ISO will typically help with this. This will also prevent motion blur from occurring, as the shutter speed will be so fast as to capture that precise moment in time and nothing else. When this faster ISO speed is combined with Aperture Priority mode, you’ll have plenty of the operator related tasks taken care of.

When it comes to taking stunning pictures, the lens you choose is probably one of the most important aspects. You’ll typically want to go with a wide angle lens. A telephoto lens is always a good choice. This will allow you to take shots from a distance so that you can zoom in exactly where you want the frame to be instead of having to get close to the subject for the same effect. This will also give the background some prominence too, which helps in emphasizing even more the subject who’s being shot.

It’s easy to get complacent with your compositions, only focusing on the upper half of the subject and doing a repeat job with all of the subjects you shoot. However, this is a good chance to diversify your shots–maybe include more of the subject in the shot, maybe use a slightly different angle to trick the viewer and make them think that the subject is taller. Whatever you do, don’t get stuck in a routine that doesn’t do you any good in the long run. Try putting your subject to the side of the frame. Zoom in. There are plenty of new tricks to try.

The number one thing to ensure when you’re getting into a shoot is trust. If the subject you’re shooting doesn’t know what’s going on or how you’re shooting, this will cause a decrease in confidence which will ultimately show in the shots. Instead of just shooting in silence, you should direct the subject and challenge them to try unique poses or else something that they wouldn’t ordinarily do. Show them some of your shots as you’re shooting, too. This will build up a good rapport which will energize future shots.

Often one of the most common tricky situations is to get the lighting just right on your subject. Unfortunately, we can’t adjust the sun’s light. What we can do, however, is use a reflector to brighten up a subject’s face. Reflectors will utilize different types of surfaces, usually white, gold, and silver in order to brighten up the subjects. Silver and white both have their unique uses. Gold should specifically be use only in outdoor situations, as it looks strange indoors. Silver and white will banish some of the shadows that were making your subject look sinister.

If you don’t have much cash for getting a reflector, you can always use a white piece of cardboard in a pinch, maybe even cover one side with tin foil for the full effect. When you’re utilizing a wide aperture, it’s important to get the right focus, as your depth of field will be decreasing by quite a bit. If you don’t get the focusing right, there can even be a difference between the focusing of the eyes and the nose, which will throw off the whole shot. It’s little details like these that can make a huge impact.

Just like you don’t want to get complacent with shot selection, you also don’t want to get lazy with the way you pose your subjects. The way a subject is framed can dramatically affect the overall feeling of a photograph. You can also experiment with different facial expressions. Don’t act as though you only have a small number of shots to choose from. The trick is to take plenty of different shots that you can then cull from and pick out the best from the bunch that you’ve taken.

It might seem like a crazy idea to use flash on your camera when you’re shooting on a sunny day, but this is actually the best time to use your flash. The flash will fill in the areas that the sun hasn’t lit and it will get rid of some of those unwanted shadows that you’d be seeing should you not use your flash. It’s a trick that some photographers might not think of, but it really brings out the best in a shot and sets you up for photographic success when you’re going out and shooting your subject.

Flashguns are far more effective at lighting up your subjects than the regular flash on your camera is. It’s best to take advantage of this fact and use a flashgun, especially if you’re shooting a number of people all at once. The great thing about the flashgun is that its light can be adjusted to shine above the subjects or below them, which will allow the light to bounce off of surfaces before reaching the subjects. This can make for some very interesting shots in terms of the aspect of lighting.

It’s a good idea to get as creative as you can with your flashgun. You can use it to light the side of your subject, giving them an otherworldly appearance. You can light from above, giving them a halo of light. The key point is to get as creative as you can, and not just with lighting. Try a canted angle to get a unique view of your subject. Use fill lighting to brighten them up while you also use your flashgun to purposely overexpose them. Whatever you do, just have fun and understand that there are plenty of ways to achieve a shot.

Taking the best shot when it comes to portrait photography can be pretty difficult. When you consider that there are so many camera settings, cameras, and even framing options for you to choose from, it can get confusing to know just where to get started. But just because it can get confusing doesn’t mean it has to. If you keep a couple of these tips in mind when trying to snap some portrait shots, you’ll be able to get the shots of your dreams and ensure that your client is happy with the photos you’ve taken of them.