So You Want To Be in the Movies?, your Apartment or House could be!

They are the unnamed stars of the big screen, television and photo shoots. Apartments and houses used as filming and photo shoot locations can make more money than their owners. 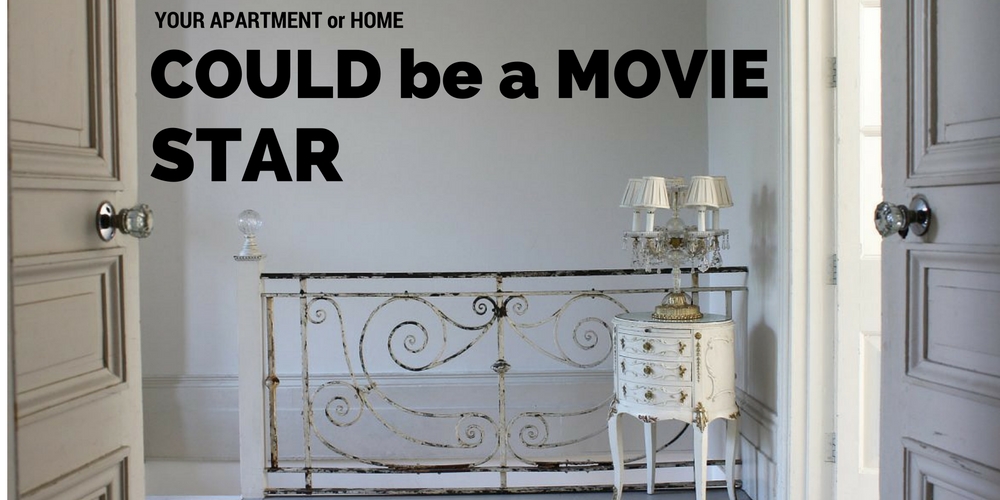 Your Apartment, House as a Shoot Location

If you’ve the flair for style and like the idea of living in something that resembles a film set, letting out your home for photo shoot and filming location work can make a packet. Michael Minns, former art director for BHS who was involved in many of their catalogue and advertising shoots, reckons his stunning one-bedroom flat earned twice as much as he did last year. “Over one month, it was pretty well booked solidly.  “Every day I’d come back from work, put back everything in its original place, give it a good clean and get in some supplies for the film crew for the next day,” he says. “It was well worth it.”

His apartment is in the converted 19th-century Alaska Buildings in SE1, and has been used for filming interviews with Joan Collins; photo shoots for retail brands such as Debenhams, IKEA, M&S as well as editorial magazines. Magazines including Grazia, Living and Red have used it for fashion and lifestyle shoots and it’s even been seen in Italian Vogue. But when Michael bought the flat in 2003 it didn’t look anything like it does now. “There were two smaller rooms on the ground floor, plus a galley kitchen, tiny dining room and tiny bathroom at the back,” he says. “If you stood in the kitchen you could touch the walls either side at the same time.” And on the mezzanine floor there were two bedrooms completely enclosed behind a solid balcony from which two narrow staircases led downstairs. “But I loved all the original features – the exposed brick walls, the metal columns and the size of the windows. And I could imagine how it would look without all the walls.” Michael bought the flat with the express purpose of turning it into a space that could be used for shoots. “In my job I’d been in several homes that people were making money out of while they were at work and I thought, ‘I’d like to do that, too’,” he says.

So he gutted and refurbished the apartment, leaving only the mezzanine floor. Now it has one large living room at ground level, wider stairs either side with storage underneath, and the solid balcony on the mezzanine has been replaced with a galvanised metal rail behind which is the double bed with a frosted wall of glass to one side for privacy. The wooden floors are new and behind the living room there is an enlarged dining room/kitchen and, beside it, a very swish bathroom with solid teak bath and separate wet area. Minns has put in a frosted glass panel in front of the bathroom, allowing privacy without blocking light, and all the glass panels and stairs are up-lit by blue LCDs.

The flat is decorated in black and white throughout with the added sparkle of huge chandeliers, oversized candelabra, Anglepoise lights and glass radiators. Anything that had a gilt surface has been sprayed black by a company that normally specialises in respraying car bodywork. “It looks lovely, but as I have to keep the place tidy all the time I designed in lots of storage space,” he says. His flat is on the books of London Location Agency, SHOOTFACTORY. 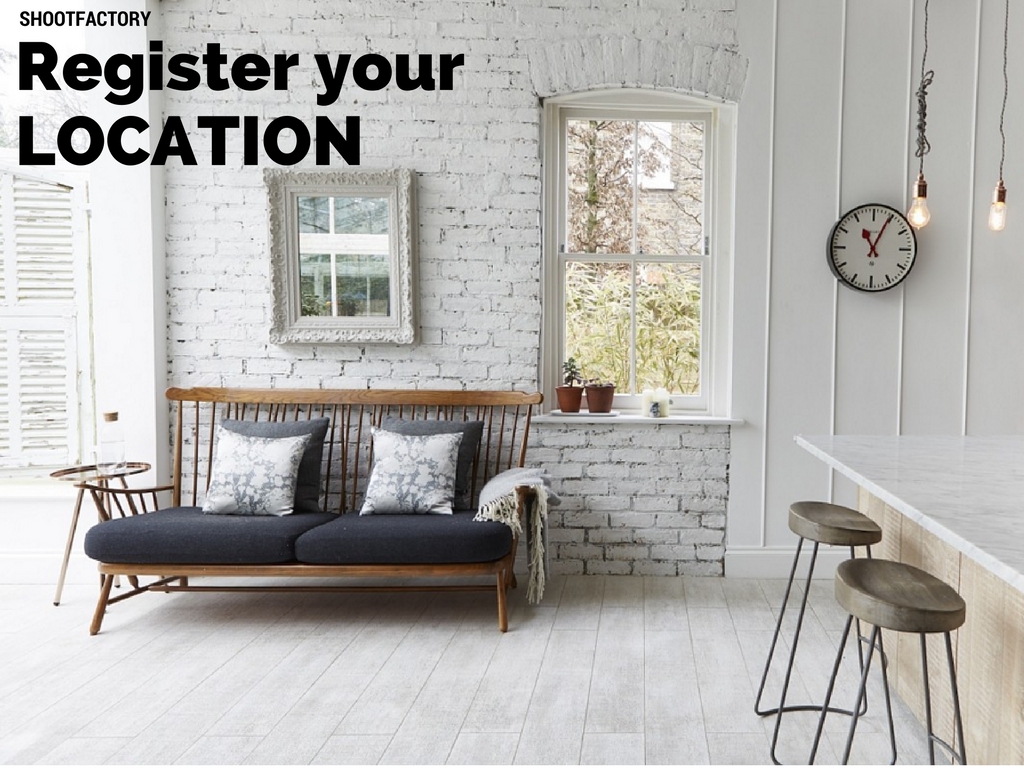 Use a Location Agency

“I will only consider really special properties,” says Shootfactory’s director. “I look for great decor, open spaces, interesting furniture, good design, props and lights. “The only exception to this is a fabulous house I have on my books in south-east London, which is empty but has wonderful original features. That gets used a great deal.” King draws up specific house rules for each property, so everyone knows exactly where they are. “Clients have to sign a contract before they can start filming and sometimes I have to be quite fierce with both clients and owners. “It’s no good a crew coming in to find the washing up has not been done from the night before or the flat is untidy. “And clients have to keep the hours they agree to, or pay at least £100 an hour overtime.”

For editorial work, which pays the least, owners would receive in the region of £400 to £600 a day. Advertising shoots for retailers and fashion firms, such as Marks & Spencer or Burberry, pay more – £600 to £1,000 a day – with the best-paid work being film shoots. But, before you become starstruck, remember that not all properties are suitable. “They have to be large enough, and usually within the M25,” says King, “and quite often the owner has to be prepared to move out. Each fee is negotiable. “A property used in the new Mr Bean film, for example, was able to command £2,500 a day – but that is probably the tops.”

Tips to make a location shoot work for you

Specify when you want shoot to start and finish, Specify items you do not want touched and rooms you do not want used. Leave coffee and tea and even biscuits for the crew, put down dust sheets on wooden floors to prevent scratching by equipment and buy tennis balls and cut them half open so they can be put on legs of furniture and tripods for same reason.