The Photographers’ Gallery in London

The Photographer’s Gallery is a gallery for photographers to exhibit their work. Located in London, it was established in 1984 and it features both established and emerging artists. The gallery has moved three times; it is currently located at 16-18 Ramillies St. It is a non-profit organisation that exists primarily to promote photography and photographers. The Photographers Gallery represents and promotes artists from all over the world, and it also participates in international educational projects that are concerned with the development of visual arts in society. 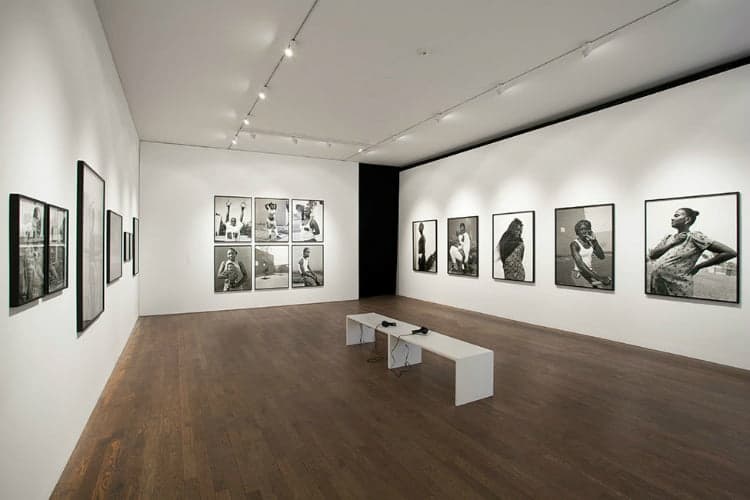 The work of American photographer Robert Capa was exhibited at the gallery in honour of his 90th birthday His work was influential to many photographers, including Henri Cartier-Bresson who also had work featured at the gallery. The exhibition included photos taken by Capa during World War I as well as later photos for Life magazine. CAPA was born in Hungary and his work has been exhibited internationally. He died in 1954 during a war zone assignment for the magazine when he stepped on a landmine.

“From Degas to Dubuffet: The Collection of Dorothy and Herbert Vogel” was an exhibition that showcased the art collection of Herbert and Dorothy Vogel. The Vogels collected post-WWII contemporary art, most notably from the Americas, including paintings, prints, drawings, sculpture, photography, and mixed media works from more than 350 artists. Dorothy Vogel was a photographer who worked for many years as an assistant to several well-known photographers, including Lee Friedlander and Gregory Crewdson. Among the artists featured at the gallery were: Lee Friedlander, Edward Steichen, Henri Cartier-Bresson, Robert Frank, Sebastião Salgado, Joel Sternfeld, Yousuf Karsh.

The gallery has also had exhibitions that are centred on photography that has historical significance to Great Britain or London. One exhibition featured photographs of the London Blitz, which were taken between September 7 and October 10, 1940. The Blitz, also known as the London Blitz, was a bombing campaign in which hundreds of German Air Force airplanes targeted London during World War II. There were more than 1 million civilian casualties and over 20,000 buildings destroyed.

Another historical exhibition featured photography from both the courts and the countryside in England. It presented the work of Thomas Gainsborough, J.M.W. Turner, Julia Margaret Cameron, and Lewis Carroll (Charles Lutwidge Dodgson). The gallery has also exhibited hand-coloured photographs that were made by David Octavius Hill in 1843 as well as photographs from the First World War taken by Roger Fenton in 1854.

In 2002, the gallery opened a new building which was designed by architect John Pawson. The gallery was not able to find a suitable space to place its permanent collection of photographs, so it has formed an independent agency, the Photographers’ Gallery Collection, to purchase and display photographs. The gallery also has a program called “Linking Collections” that enables people to borrow photos from artists who are not signed in the collection.

In 2008, the museum received £1 million from the Garfield Weston Foundation to acquire artworks for its permanent collection. As a result of the donation, The Photographers’ Gallery purchased works by Vincent van Gogh and Willem de Kooning, both of which were previously owned by collector Robert Miller.

The gallery has also acquired other artworks, including a photographic self-portrait by Jeff Wall, originally belonging to the Mildred and David Falk Foundation.

In 2010, the gallery collaborated with the Patricia and Frederick Johnstone Foundation on an exhibition of photographs entitled “Appetite for Life: 100 Years of the Self Portraits of Alberto Giacometti.” The exhibition featured over 200 works by Giacometti that were owned by Fred and Pat Johnstone’s family. They had amassed over 1,000 pieces during a period of 37 years through their travels to Latin America. The Johnstones are well known for how they have developed their collection, and this exhibition demonstrates how the collection has expanded and grown. The exhibition was originally at the National Portrait Gallery in London. It then went to the Kunstmuseum in Basel, Switzerland, and is currently at The Photographers’ Gallery.

Although located in central London, The Photographers’ Gallery is accessible by public transportation. The closest tube stations are Tottenham Court Road and Leicester Square or Bond Street.

The Photographers’ Gallery was highly criticized by the Guardian art critic Jonathan Jones, who commented that “nothing is as it seems at this gallery, which is run by a trust on its third location – and whose work is to be described as ‘international, avant-garde and controversial’. The artists’ association co-founded in 1984 has changed its name five times since then. Its current title does not ring true in the context of postmodernist exhibition culture.” This article also highlighted that there was a lack of information regarding what the current exhibitions were about. Jones also mentioned that the gallery housed the Photographers’ Gallery Collection, which was not part of the main exhibition program. The article illustrated that “Wall works long distances from this milieu and his work is collected by a different kind of institution altogether, based in Seattle and run by collectors who had the box-fresh pre-Raphaelites on their walls…the whole enterprise carries on as if it were an upmarket boutique or a luxury casino.”

In 2011, The Photographers’ Gallery was awarded Arts Council England funding to support its Exhibitions Program for three years. This funding was provided through the organization’s Grants for Arts Program and will provide financial support for artists.

The gallery is housed in a large Victorian townhouse that was built in 1869 and featured a courtyard garden. The building was originally called the St Martin’s Institute, which is a school that used to be located at the location. In 1981, the Institute moved to Fulham Road, and the building became known as “The Photographers’ Gallery”.

In 2008, The Photographers’ Gallery opened its new building designed by architect John Pawson. The building now houses exhibition space, meeting rooms for small groups and private events, as well as administrative offices for the gallery. There is an additional courtyard on the ground floor of this structure.

The Victorian section of the gallery’s collection dates from the 1840s through 1900. The galleries include artworks from photographic pioneers, such as Julia Margaret Cameron, Lewis Carroll (Charles Lutwidge Dodgson), and Thomas Gainsborough.

The Modern section of the gallery focuses on twentieth-century photography and includes genres such as street photography, photorealism, documentary photography, and conceptualism. It also has a collection of documentary films and video art that are related to photographs. This section includes works from Diane Arbus, Robert Frank, William Klein, Lorna Simpson, Nan Goldin, and Jeff Wall.

The Photographers’ Gallery is open to the general public. The gallery has an educational outreach program that is designed to help communities learn about the history of photography and how modern art is connected to its development. They offer a free class on Victorian society through photography in London. It also offers two-hour tours of the Modern and Contemporary sections of the collection. The Tours are available on Saturdays and Sundays; they last for 75 minutes and take place at 11:00 AM, 3:00 PM, 5:00 PM, 7:30 PM, 9:30 PM, 11:00 PM, and 2:00 AM. Tours start from the main gallery in the building, and it takes place on the first floor.

The Photographers’ Gallery also has a collection of exhibitions that are related to photography. The gallery has worked with contemporary artists and historical photographers such as Herzog & de Meuron, Willem de Kooning, Jean-Michel Basquiat, Lee Miller, and Nicholas Nixon to exhibit their work. There is also an exhibition that displays photographs from other galleries in London as well as across the world.

The Photographers’ Gallery has a membership program that allows individuals to have access to their private exhibitions and programs. They also have a members-only website where members can create their own work and network with other art enthusiasts.

The gallery has held the BFI London Film Festival since the beginning of 2008. The theme of this festival is “New Frontiers in Photography”. According to Jones, the event has celebrated some of the most important films about photography: “The Godfather Part III, Out of Africa, A bout de Souffle, The Exterminating Angel, Ingmar Bergman’s Autumn Sonata”.

In 2008, the gallery held The London Review of Photography, which explores how photography will influence future art. This event looks for ways that photography can be integrated into other forms of art.

The Photographers’ Gallery received the 2009 Jerwood/Photoworks Award. This award is given to an organization that shows how photography can be used in art and other forms of culture. The Photographers’ Gallery was the first gallery to receive this award because it uses photography in different ways to reach a wide range of audiences. The jury praised their educational programs as they helped to promote photography at a time when “photography’s place in our culture is undergoing profound change”.

The Photographers’ Gallery does not have any reviews from a major art critic or newspaper. However, their exhibitions and other community programs have received positive feedback from people who are interested in photography. Reviewers praised the gallery’s educational outreach program as it helps show how photography can be used in modern art.

“The Photographers’ Gallery is a permanent exhibition space for photography that is managed by the London College of Communications (LCC). The gallery offers free tours to visitors who want to learn more about how photographs have influenced culture.