The Impact of Social Media on Photography

With the explosion in the use of social media, there has been an inevitable backlash against some of its impacts. Commentators in all walks of life have lamented many of the same things–the proliferation of fake news, isolation from real human interaction, and countless items of click bait, spam, and scams. All of these issues are serious and problematic, but the zeitgeist has largely overlooked another problematic area: The impact of social media on photography.

As all the platforms grew, consumers began to use more and more photographs for their social media interaction. This demand called for ever-better photographic capabilities in phones, and now our devices rival actual cameras in terms of their resolution, focus, and colour. With instant wireless sharing and even the ability to upload photos and order prints of them, the camera has quickly faded to the back row of the electronics department of big-box stores. Actual camera stores? As rare as tube televisions.

For the photographer–not the person who snaps dozens of selfies a day, but the true, artistic or journalistic photographer–this trend is sometimes disturbing. The ability to identify a photogenic moment and then use technology, training, and experience to capture it for perpetuity has been lost among endless millions of spontaneous thumb-tapped images.

At the same time, the huge numbers of photographs being snapped daily is drawing more and more attention to the role of photography in daily life. Citizen journalists are emerging. Mysteries are being solved. Long-lost relatives are reuniting. People are forging friendships across political, ethnic, religious, and social lines, often over a distance of thousands of kilometres. All of this owes a great debt to the use of photography in social media. 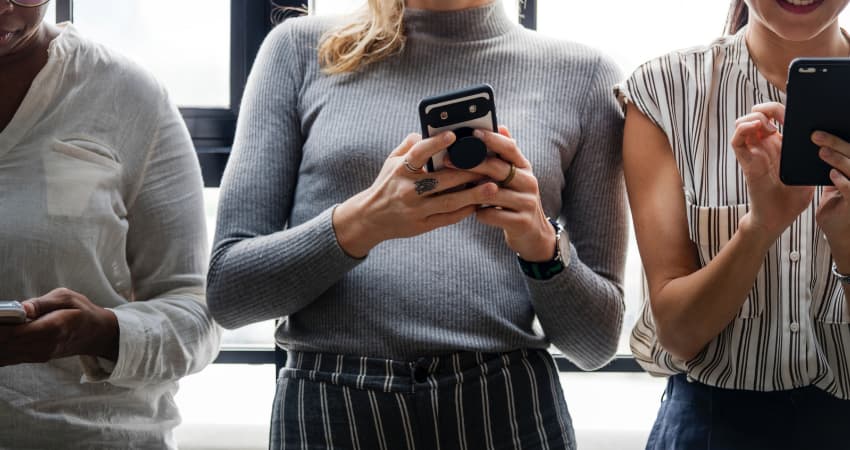 Social media is, by definition, a quick and fairly passive tool to reach people, sometimes by the thousands or millions. That massive reach has, unsurprisingly, dramatically changed the typical means of delivering photography to the public and, with it, the revenue streams that photographers count on to make a living.

Instead of sharing their work in galleries or via print publications, photographers now rely largely on social media advertising and promotion, as well as influencers who use their vast bases of followers to direct attention to their chosen sites. It is at once highly capitalised and very freeing to the artists.

Advocates say that impactful photos can now reach a larger, less exclusive audience thanks to social media. To a great extent, that is true; one no longer needs money for gallery admissions or to live in cities where such exhibits are held. But the decline of these display methods also excludes the less-wired viewing public. Social media photography is simply exchanging one marginalised audience for another.

The benefit is that neither method must be exclusive; social media can draw more viewers to galleries and exhibitions, and those who can’t go in person at least have the opportunity to view the work online.

The Proliferation of Meaningful Images

Throughout history, there have been those touchstone moments captured on film. Chamberlain and Hitler in Munich, Dodi Fayed’s smashed Mercedes, Freddie Mercury at Live Aid. They are powerful and enduring because of their singularity, their presence in our collective memory reinforced by an absence of similar images.

Yet many of the most powerful moments have been missed. One of the great powers of photography is its ability to tell a powerful story by capturing a single moment, but the odds of being in the right place at the right time were always slim.

The same effect is present in our homes. Photo albums are quickly becoming a thing of the past, because the sheer volume of pictures we’re all taking is so great. Through social media, we can capture and share many moments that were previously missed.

Photos and the Truth

The photo itself should stand alone in telling its story, but sadly, many photos on social media are captioned or attributed fictitiously in order to further someone’s agenda. Various myth debunking sites dedicate pages and pages of content to clarifying the origin and content of photos that were misdirected for other purposes, but the tide of social media is overwhelming fact checkers.

At the same time, social media photography is creating countless opportunities for corroboration. Discerning viewers are learning to be sceptical until they can see other angles from any of dozens or hundreds of other citizen journalists and observers who can provide independent verification of events and, through posting times, their sequence.

The results may be seen in legal action, on the news, or simply in the changing nature of social media as people continuously become wiser and more skilled at interpreting what they see.

A Shift in the Purpose of Photography

For decades, photography was used to document history, to build family heirlooms, and to capture the beauty of a changing world. Historic photos, in their paucity, could be assembled to trace changes in events, people, and places over time.

Social media has turned photography into a popularity contest, with the pursuit of reactions and shares seen as more important than the pursuit of beauty or justice, or even simple documentation. The annual photo of the kids and grand kids has been supplanted by daily snaps of the mundane; the first day of school, the second day of school, the first time at the new bus stop, entering the classroom, and on and on.

Yet a photograph was only considered a formal occasion out of necessity. The complexity and expense of hiring a photographer and posing statue-still during the long exposure time meant that there was no room for levity or casual behaviour. The photo might be one of only a half-dozen of you in your lifetime, if that many. It had better be good.

Social media and its millions of untrained photographers are breaking through that stiffness. They are generating photos of real life as it happens, of us dressed in something other than our Sunday best and doing more than simply staring dryly at the camera. It is life, it is beauty, it is reality, and social media documents it.

Just as the first automobile was seen as a threat to the buggy industry, the various quantum leaps forward in photography have often been seen as a threat to the old way. Certainly the lack of formal training and the apparently-total absence of a filter for some social media users is evidence that the medium is not what it used to be. Yet just as the car revolutionised travel and made it possible to do things once unimaginable, photography in social media has helped to shrink and connect the world. Like any other tool, it will have its good and bad moments, but its users will not relent, and the world will adapt.