Architectural Styles in the UK

Architecture in Britain is always evolving, taking different styles and forms to what it is today. English architecture is undoubtedly one of the richest in the world. Almost every historical era had something new in the architectural world. There are still great influences from the past building that can be seen in today’s houses. We look at some of the most significant styles from over the years. 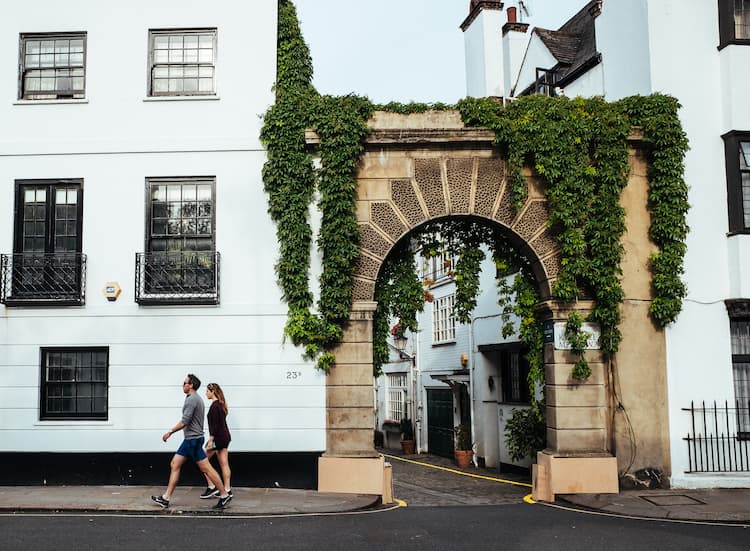 Queen Victoria’s era reign came with a lot of changes. The era saw different architectural styles, ranging from Renaissance to Medieval. Victorian architecture became a favourite for most people during the era. Some Tudor architectural trends that were succeeded by newer styles came back during the Victorian period.

It consisted of many designs, which made it hard to pin down Victorian architectural style. There were steep pitches that characterized the Victorian roofs. Bricks became popular again, especially in homesteads. The wealthy would display their status with colourful brickwork and other vibrant decorations.

There was so much focus on finishing details initially, but the designs became simpler after a while. Cast-iron gates, terracotta tiles, white-painted woodwork, and bay sash windows are some of the trends that characterized the Victorian architectural era.

Victorian architecture is often referred to as the definition of British architecture. That’s probably because the period had multiple styles that were widely used. As the wealthy people travelled, they also brought back some influences on the designs and styles.

This was the end of the medieval architectural styles in Great Britain. Britain was more isolated after King Henry VIII founded the Church of England. That means there was less influence by designs and styles flourishing in continental Europe.

Trends during this time included half-timbering, grouped windows, masonry chimneys, and gable roofs. The widespread use of coal as fuel led to enclosed chimneys.

Oak panelling was probably one of the most notable interior features. Most houses were built with practicality in mind. Most builders were not concerned with symmetry.

Brick was another major characteristic of this period. Initially, bricks were a luxurious commodity that only the wealthy could afford. But it became widespread in the late medieval period. Local craftsmen came up with many Tudor architectural ideas on their own because there wasn’t a lot of outside influence.

There were no new palaces constructed during the Elizabethan architectural period. Most of the new buildings belonged to the upper class society. This was mainly because of a lack of outside influence and reference.

The period revolutionized many things. The beauty of Elizabethan designs was enhanced by the introduction of glass panes. Glass replaced wooden shutters. They allowed more light into the house.

This period took a toll on British architecture, and it was mainly influenced by Roman architecture. It lasted from somewhere from 1780 to 1820. This period saw ornate decorations, symmetrical facades, and elegant homes. There were also Greek motifs that became widespread in constructions and house designs.

Panel door, classical exterior, and high ceilings were everywhere. Many buildings had walls painted in a single colour, and the ceiling was divided into small sections. Georgian buildings remain the most admired worldwide. High ceilings are still very trendy; most homeowners want such features.

That’s why the Georgian period remains bright compared to the darker industrial revolution era that was to follow. There was also widespread use of terrace plans during the 18th century. Individual house sizes were still minimal, but the architectural advancements were there in the upper-class houses.

Most building owners during this period used less complex and elaborate styles. There was so much influence from the medieval and the Georgian era. Edwardian classism used reinforced concrete and steel frames to free walls from non-structural uses.

There was a massive frontage for homes and light colours for painting. Many people embraced the simplicity of design. Edwardian styles became highly successful. They have rarely been out of fashion since that era. Some features still appear in new buildings today.

Since most homes had larger frontages, there were extra rooms for halls. There was also a lot of influence from the arts and crafts movement. You would have seen bare floorboards with rugs, roughcast walls, and small-paned leaded windows.

The fashionable Art Deco buildings, designed by some leading British architects, were influenced by various sources. Many people experimented with new architectural styles that rejected historicism and embraced other structural possibilities. That is why the era saw some steel and concrete used as building materials.

Even public buildings, colleges, and universities adopted the Art Deco style. These buildings are characterized by flat roofs, metal railings, curved corner walls, and small round windows. Art Deco features mainly lasted from 1925 to 1939. Simplicity, innovation, and modernity were at the centre of everything.

Some modern architects adopted opened out interiors and designed houses that welcomed sunlight. Most doors were plain, but they had a geometric shaped glazed section that allowed light into the house. Plain white walls were mostly seen in homes.

Art Deco styles are divided into two phases, but many buildings were not unveiled until after the war. But you can see from the pictures that their features were very modern and innovative. There was a very big difference with the other periods.

The baroque style became popular in the late 17th century. Italian designs have been influencing British architecture since medieval times. This was a manifestation of some of the accumulated influences over the years. It is said to be an elaborate take on classic designs.

The root of the Baroque design was church architecture, especially catholic churches. The influence grew across Europe, and it reached everywhere, including English country estates. Nicholas Hawksmoor designed the only non-royal building to be called a palace. It had bits of the Baroque architecture.

The first appearances of grand Baroque country houses were in the late 60s. But they started becoming popular as time went by. Sadly this style was short-lived; it was overtaken by the newer trends that emerged later.

However, some of their buildings still stand, and they are a testament to the beautiful styles that existed during the time. Some churches had to be rebuilt in the Baroque style. That is how enticing these new styles were.

Before the war, very few architects were getting inspiration from older buildings. There were some new styles and designs that started cropping up. Some old buildings were even being renovated with modernized features. The beautiful older charming features were being dispensed with.

But the post-war era brought a new appreciation for older architectural designs. The need to preserve older buildings was on the rise. The enthusiasm brought back some old features that existed before the war. Everyone wanted a traditional design or borrowed something from older buildings during construction.

Exposed concrete also became popular after the war. It attracted a lot of admirers; most building owners were using it as a feature. However, most buildings made using this style have since been demolished. So many trends came and went during the post-war era.

Mid-to-late sixties was seen as the postmodern architecture era. It seemed like an attempt to improve modern or international styles. Most of the buildings were seen as merely functional and not welcoming or pleasant in any way. But there were some great changes afterwards, some of which have stuck up to today.

These are some of the architectural eras that define British history. Some of them lasted longer than others, but they were all very influential. You can still see some of the features have spilt over to modern buildings being constructed today.