Jennifer Ellison was always a slim size eight, but after having her babay boy she ballooned. Using her own willpower, a great nutritionist and a trainer she managed to get back down to a svelte size eight and looks better than ever.

The industrial location oozes character and natural charm with the skylighted roof providing an abundance of natural light. The warehouse has a chequered history with the largest room originally being part of the adjacent school whilst the rest was split into smaller industrial units. After the area was heavily bombed during the war the whole space was adjoined by the skylighted roof, hence the untouched victorian street running through the middle. Since then the building has been occupied by a boiler maintenance depot, the metropolitan waterboard and most recently a car mechanics. 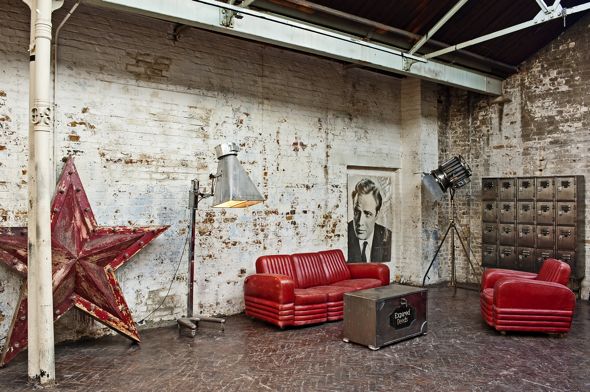 The space is complimented by a number of wonderfully textured walls which have naturally dilapidated over the past hundred or so years. There are also a number of different floors available with parquet, mezzanine and oak boards all represented at various points.

Tom Ford’s personal thoughts on style, a fashion lifestyle shoot for Mr Porter on location in London at our “STEELE” location house. “Style and fashion should enhance your life and not cause you more stress. Breathe.” In this short film, designer Mr Tom Ford introduces his exclusive capsule collection for MR PORTER comprised of his six personal […]

Destination Hull > > > Uk city of culture 2017 > > > www.hull2017.co.uk Exciting plans and multi-million pound investments are revitalising Hull. Hull was announced the winner of UK City of Culture 2017 in 2013. The award is given every four years to a city that demonstrates the belief in the transformational power of culture. […]

I have to say that we are LUSTING after suave and sophisticated bathrooms, with the addition of some industrial touches, plus the use of moody hues.   We’re LOVING the mixture of metals with industrial finishes, subway tiles, marble,  wooden  and vintage  accessories.   Incorporating dark hues make these bathrooms desirable and alluring. With that […]