Recent personal training photo shoot for David Kingsbury at one of our London photographic studio. 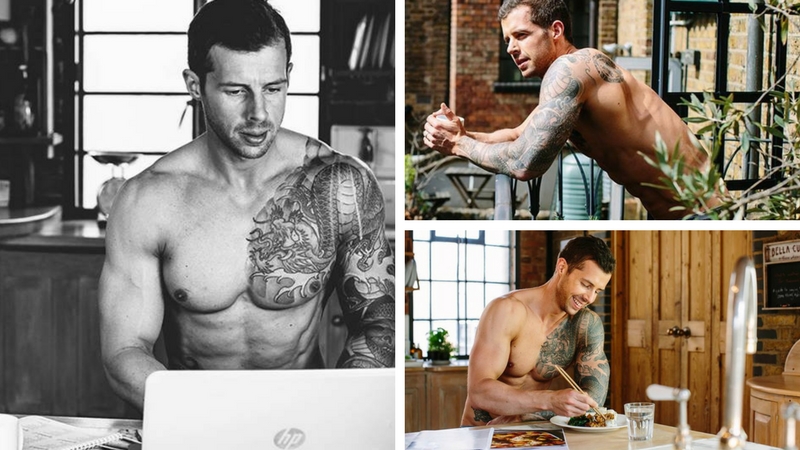 David qualified as a trainer at 18 years old and have been on this journey ever since. He opened his own personal training studio at Pinewood Film Studios, and began training actors for film roles. To date he has trained over 50 actors for various roles, from Ryan Reynolds and Jake Gyllenhaal to Jessica Chastain and Jennifer Lawrence.

The split level studio is 1000 sq ft and adjoins a 500 sq ft bespoke kitchen built by one of the last cabinet makers of old Shoreditch. There is a second smaller prep kitchen of 230 sq ft on the ground floor, which is obviously invaluable when filming in the main kitchen.

The balcony is an amazing feature when shooting in the large kitchen, meaning that lighting cranes aren’t so essential. Both the studio and the main kitchen have high pitched roofs and exposed Scotts pine trusses. Original Crittal windows line the Victorian brick walls to provide an abundance of natural light from the north and the south.