Is Yorkshire Becoming the Next Film Location Hot Spot?

When people think about a great film, they usually think about the storyline, the script that’s been written or even the characters who are in the film. But finding just the right film location for a film is just as important as all of the other elements in the film.

London used to be the leading film location for many of the UK’s TV and major films shot within its local region. But more recently, both TV and film crews have ventured north and have taken their TV and film production crews to other parts of the UK. 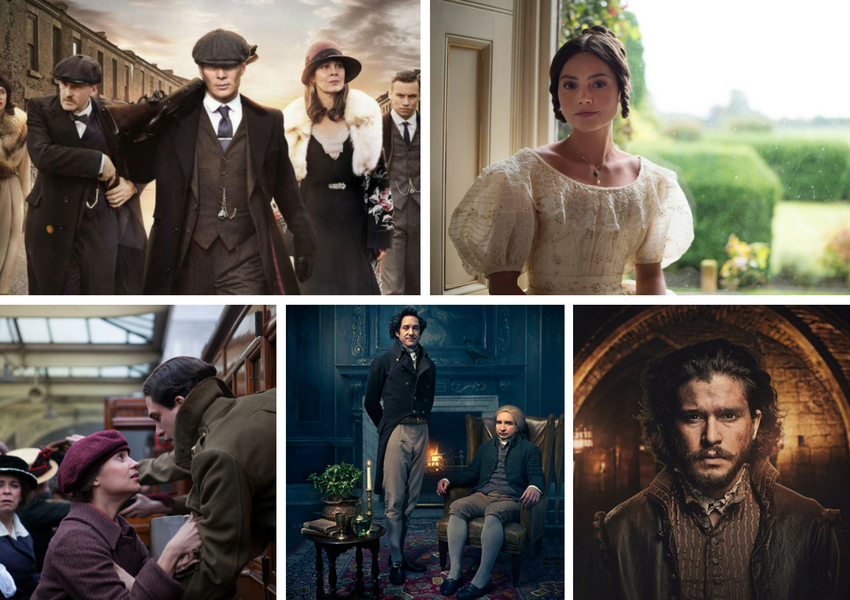 One of the UK’s Fastest Growing Entertainment Hubs for Filming

New figures have recently revealed that London is not the only place of interest for filming TV and feature films in the UK, but now there is a new addition that has been added to the map for filming. Located in the UK’s north, Yorkshire has recently become the go-to site of choice for filming TV and major films in the UK. It has recently been recognised as one of the UK’s fastest growing areas within the entertainment arena. Much more so than any other part of the country – including the capital city itself.

Apparently, there has been an increased interest in the Yorkshire area. This is largely due to its landscapes that are picture perfect, as well as its historic buildings that are located in that region as well.

The area is also known for its gritty urban streets, its rivers and lakes, its waterfalls and railroads – making it the location of choice for film producers and directors.

With the recent introduction of investment funding, which is said to have been initiated through the investor Screen Yorkshire, it has since become a well sought after area for some great TV dramas and film ever known in the UK.

The area has been known for producing some of the biggest dramas that have gained a tremendous amount of popularity. The increase in interest in this area has certainly put this northern town on UK’s map.

Although Yorkshire has gained popularity due to its perfect site location for the film industry, there has also been somewhat of a decline in the last 10 years. More so with television than with film, however.

Nonetheless, Yorkshire has given birth to some wonderful historical film dramas as a result of this most this popular film site location.

Historic dramas such as Jonathan Strange and Mr. Norrell, Testament of Youth, Victoria, Gunpowder, Peaky Blinders, and the new BBC drama are some of the well-known historic film drama productions that were shot at some of the many choice Yorkshire film locations.

Yorkshire’s Impact on the UK

Yorkshire has had quite the impact on the UK. TV and film experts have been taken with its scenery more so than with the film’s storyline. It’s captivating views such as the Heritage Houses and the beautiful valley of the Hebden Bridge all leave a lasting sense of location and place that is evoked through every film.

The use of the Yorkshire filming location has greatly rewarded the UK. It has generated £424,000,000 between the years of 2009 through 2015. This increase in revenue was generated by roughly 590 creative TV and film production companies. As a result, there has been an increase in employment by about 88 %, whereas the UK average during the same period was only 32 %.

Because of Yorkshire’s as well as the Humber’s contribution to the film industry, there has been an estimation of approximately 12,000 jobs that turned over just slightly less than £1.1 billion.

Filming in the north has also had its share of new businesses added to the region, which secured over £157,000,000 through Screen Yorkshire’s Yorkshire Content Fund.

Because of all of Yorkshire’s beauty and the quality that it has to offer, it not only produces outstanding site locations for some of the greatest historical dramas ever produced but it also has a vast number of Period Houses in the area as well as waterfalls and other breathtaking views. Yorkshire has also been able to provide shoot locations for almost any kind of film production ever needed to be produced in the UK’s Northern region.

With films such as the First World War Drama and the Testament of Youth, scenes shot from the Keighley Railroad Station’s historic set were so life like that the Yorkshire region did a great job of taking its audience back in time.

Another great thing about this part of the UK region is that a large effort went into making the films and various shots look as authentic as possible. On some sets, they even removed some of the modern streetlights and Automobiles to enhance its historic authenticity. Most of which includes scenes from film dramas that millions of people continue to enjoy from all around the world.

Sometimes it takes a community effort to produce one shot. For example, when the Jonathan Strange and Mr. Norrell were shot, the preparation required people from the council to the local residents who also had to contribute their efforts to get the town to look as authentic as possible.

Yorkshire is known for making some of the most iconic film locations available for hit films such as the Malham Cove, the North York Moors and Keighley and Worth Valley Railways.

Other shoot locations were used in films such as Testament to Youth, Harry Potter, The Great Train Robbery and others. However, it was Leeds that has been the front-runner in terms of location. More recently, it played the starring role when filming Victoria, an ITV’s highly acclaimed hit drama series.

How To Talk To Girls At Parties – This film features Ellie Fanning and Nicole Kidman. It is being filmed in Sheffield.

Dark River – This film features Ruth Wilson, Mark Stanley, and Sean Bean. It is being filmed at a location near Skipton.

Another somewhat new addition to the north is Church Fenton Yorkshire Studios. It was launched in the local northern area by Screen Yorkshire and was once an RAF base that is located between York and Leeds. It is marketed exclusively by Screen Yorkshire and has adequate space to accommodate TV and film productions of all sizes. It sits on 440 acres and has a private runway and more than enough free parking for its production crew. It also has production offices and workspaces that can be used for wardrobe, the art department and for green rooms.